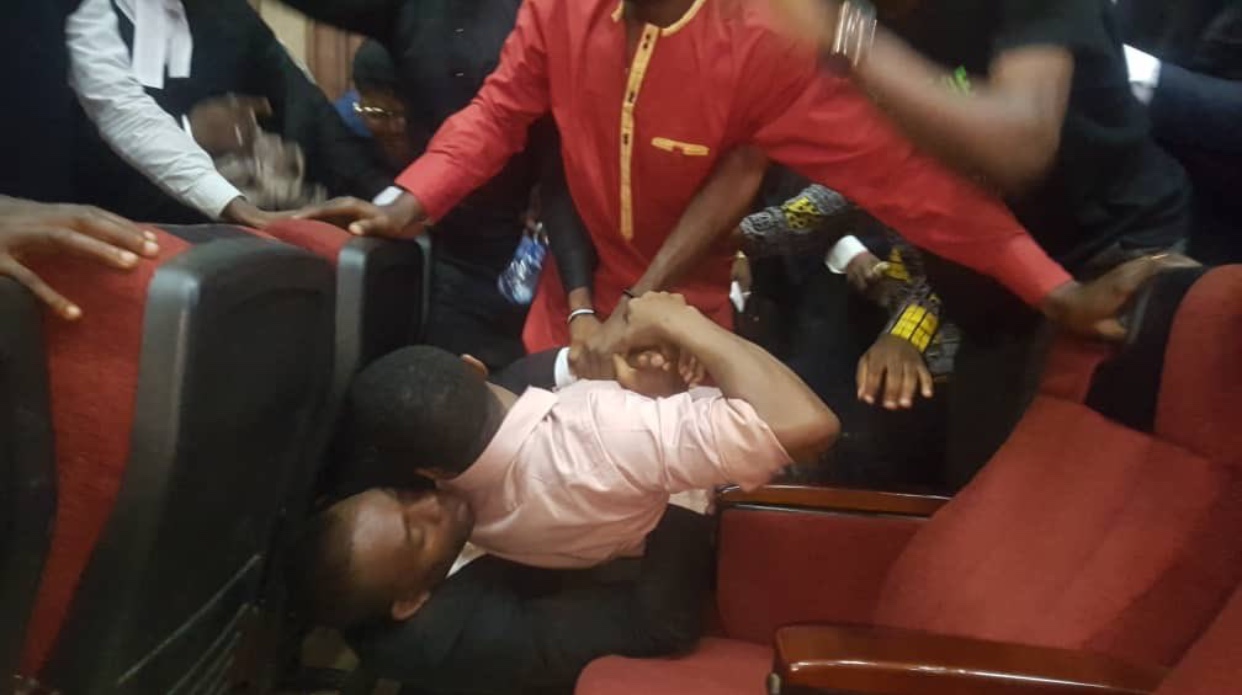 The Nigerian Bar Association has issued a strong rebuke of the Department of State Services, calling its arrest of Omoyele Sowore in Abuja Court as assault and desecration of the court.

The Nigerian Bar Association is greatly dismayed at the exhibition of primitivity, thuggery, insane passion for lawlessness, contempt and disrespect for the rule of law by the agents of the Department of State Services (DSS) within the precints of the Federal High Court, Abuja while attempting to re-arrest Citizens Omoyele Sowore and Olawale Bakare earlier today.

Eventually Sowore and Bakare were re-arrested by the DSS inspite of being on bail granted by the Federal High Court.

The NBA has been properly briefed – beyond the shameful videos of the incident in public domain- by our members who witnessed the disgraceful and crass violation of the hallowed precincts of the law by the officers of the Department of State Services, an agency of the Federal Government of Nigeria.

The Nigerian Bar Association strongly condemns the action of the Department of State Security, which is another in the series of impunity and lawlessness exhibited by the DSS.

READ  Buhari To Flag Off G-Money In Cross River

Few days ago, the officers of the Nigerian Police Force exhibited similar traits when it also invaded the precincts of the High Court, Effurun to arrest Mr. Ademi-Akpeto, Chairman of Sapele branch of the NBA. Many Nigerians are still in unlawful custody and not charged to court. Nigerians are now under siege by security agents who have no regards for the law and the courts.

The NBA therefore, demands as follows:

1. That the Federal Government of Nigeria and the National Assembly immediately investigate the shameful conduct by the DSS and ensure that all persons found culpable are duly punished in accordance with the law.

2. The immediate suspension of the Director General of the Department of State Security from office. We make this demand bearing in mind the fact that the DSS under his leadership has established itself as a brutish and irresponsible agency that derives immense pleasure from violating the fundamental rights of Nigerians and disrespecting court orders.

3. That the National Assembly should review the laws setting up the DSS and indeed all security agencies in Nigeria with a view to repositioning them to be more responsible and responsive to the public.

The above demands of the NBA is without prejudice to the consultations presently going on amongst critical stakeholders in the legal profession and the judiciary on how best to ensure that this sad incident does not re-occur.