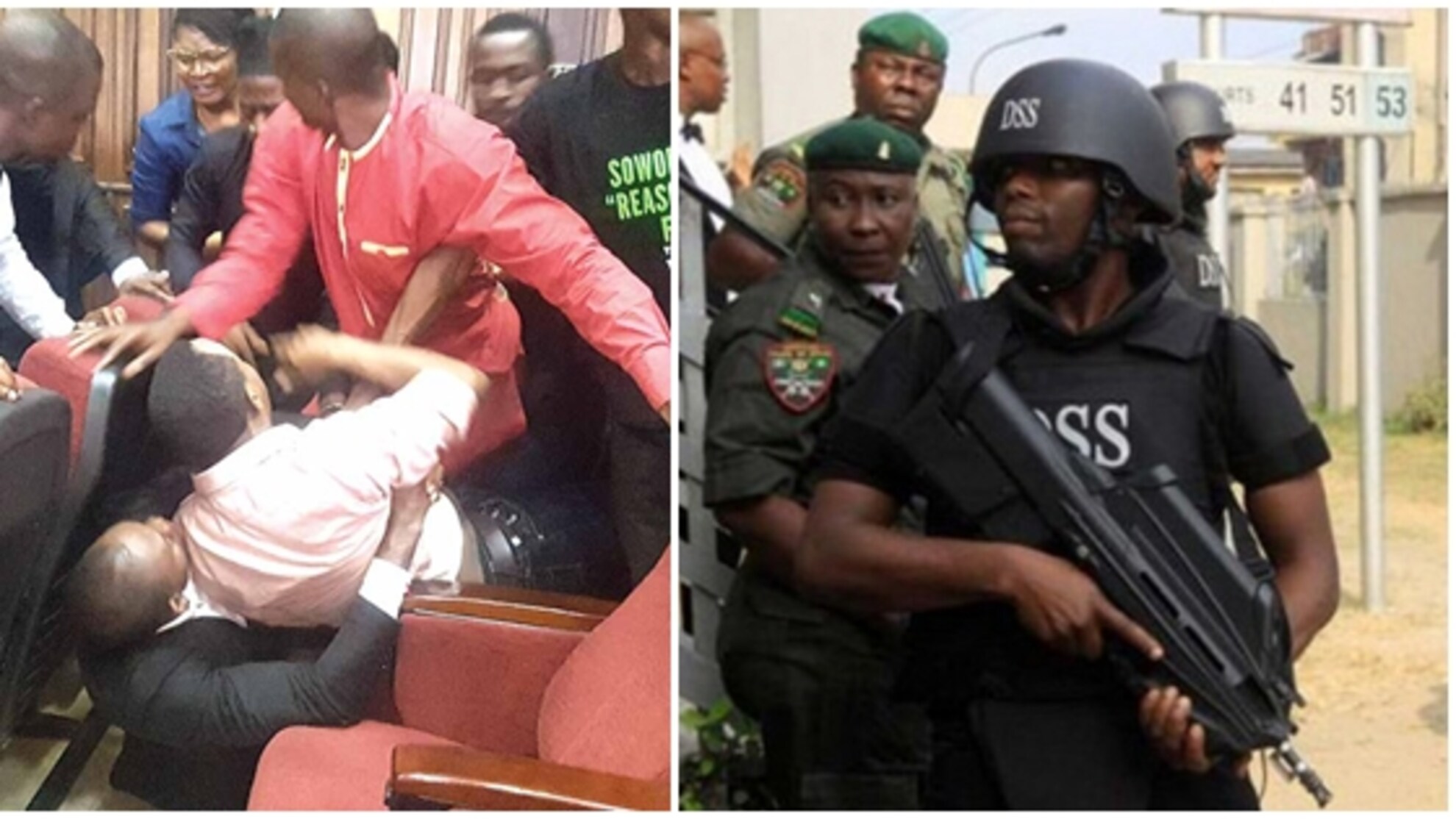 The Presidency posited that Omoyele Sowore, is a person of interest to the Department of State Service (DSS) and not ordinary human rights activist.

Recall that despite the court order, he was rearrested at the court premises in Abuja last week by the service, an action that has drawn widespread condemnation.

But reacting to the rearrest, the Presidency in a statement issued in Abuja by Garba Shehu, Senior Special Assistant to the President (Media & Publicity), reiterated its accusation that Sowore called for a revolution to overthrow the democratically elected government of Nigeria.

It said no government will allow anyone to destabilise the country.

The statement read: “The Presidency notes some of the insinuations in the media about the arrest by the Department of State Services (DSS) of the agitator, Omoyele Sowore.

“The DSS does not necessarily need the permission of the Presidency in all cases to carry out its essential responsibilities that are laid down in the Nigerian Constitution which was the foundation for the restoration of democracy in our country in 1999.

“However, it should not surprise anyone who has followed his actions and words that Sowore is a person of interest to the DSS.

“Sowore called for a revolution to overthrow the democratically elected government of Nigeria.

“He did so on television, and from a privileged position as the owner of a widely-read digital newspaper run from the United States of America.

“He founded an organisation, Revolution Now, to launch, in their own words, ‘Days of Rage,’ with the publicised purpose of fomenting mass civil unrest and the elected administration’s overthrow.

“No government will allow anybody to openly call for destabilisation in the country and do nothing.

“Mr Sowore is no ordinary citizen expressing his views freely on social media and the internet.

“He was a presidential candidate himself, who ran and lost as the flag bearer of the African Action Congress (AAC) in the February 23 general elections.

“Nigeria’s democracy was a long time in the making and was achieved after decades of often harsh, military-led overthrows of government: the kind of situation Sowore was advocating.

“To believe in and desire armed revolution is not normal amongst ‘human rights activists’, as Sowore has been incorrectly described.

“Again, it is no surprise that he should be a person of interest to the DSS.

“Nigeria is already dealing with an insurgency that has left millions of people displaced and desperate in the northeastern region of our country.

“The Boko Haram militants, who are behind the violence, also fancy themselves to be fighting for some sort of revolution.

“Nigerians do not need another spate of lawlessness and loss of lives all in the name of ‘revolution’, especially not one that is orchestrated by a man who makes his home in faraway New York and who can easily disappear and leave behind whatever instability he intends to cause, to wit, Nnamdi Kanu.

“This is a matter for the DSS, acting under its powers.”