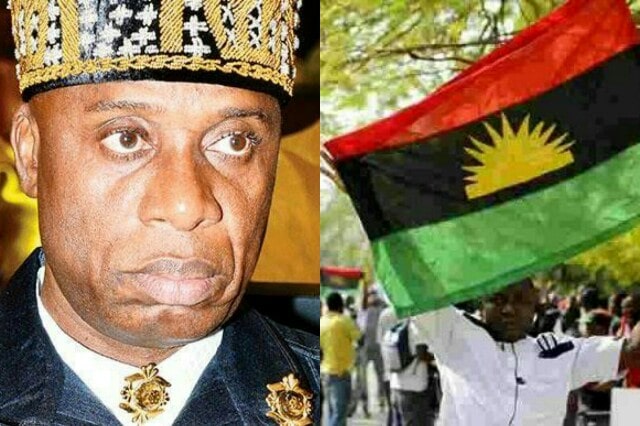 Ohanaeze Ndigbo has reacted to a threat by Concerned Youths of Niger Delta (CYND) over the recent attack on Minister of Transportation, Rotimi Chibuike Amaechi, in Spain by members of Indigenous People of Biafra (IPOB).

Amaechi was attacked by IPOB members in Madrid, while attending a climate change conference in the country.

In a statement over the weekend, Niger Delta Youths described the attack as “national embarrassments,” and threatened to destroy Igbo properties in the region, especially in Ikwerre dominated areas of Rivers State.

The spokesman of Ohanaeze, Mazi Chuks Ibegbu, in an interview with newsmen on Monday, December 9, 2019, reacted to the threat saying:

“Ohanaeze Ndigbo warns those threatening to destroy Igbo properties in the Niger Delta to desist from such as even Amaechi admitted the attack was by unknown Nigerians.

“Amaechi is an Igbo son and no matter the effort of some fifth columnists to put a wedge between us Igbos of South East and their brothers in the South-South are one and the same”.

Meanwhile, an Igbo group, Igbo Amaka, has frowned at the attack on the Minister of Transport, Chibuike Amaechi by some misguided Nigerians in Spain.

The spokesman of the group, Ekpekpe Nwagbara, in a statement on Monday, called on the Niger Delta group that threatened to destroy Igbo properties in the Niger Delta over attack on Amaechi to desist from such threat, as the minister is an Igbo man too.

It said, “Amaechi is a full-blooded Igbo man and anything that affects him is a matter of concern to Ndigbo.

We want to also use this opportunity to call on Rt. Hon. Chibuike Amaechi to site institutions similar to the Transport University in Daura, in Igbo land in general and Ikwerreland in particular.

He should also ensure rehabilitation of the East-North rail line as he is doing for the West -North line with modern rail gauge.”