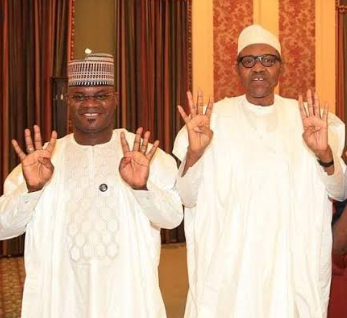 Governor who spoke to State House Correspondents in Abuja on Thursday also pointed out that those who interpreted the report of the National Bureau of Statistics (NBS) to mean Kogi State is the poorest in Nigeria were quoting the agency out of context.

Speaking about the Punch newspaper’s judgment of President Buhari’s administration, Bello said there has not been a more democratic ex-military head of state-turned politician in Nigeria’s political history, opining that whoever tagged him a dictator might actually be the one wishing to be a dictator.

“Mr. President is the most democratic president I have ever seen. This is the first time we are seeing a former military head of state that is so democratic to the extent of allowing things happening in his home front to be democratized not to talk of things happening in the country. Whoever is tagging him to be a dictator, I think that person wished to be a dictator himself not Mr. President,” the governor said.

Reacting to the report credited to the NBS, Governor Bello said contrary to the claim that the state is the poorest; Kogi is the most prized state in the country, noting that his administration had done so much to institutionalise transparency, which he said had improved the economic outlook of the state.

“You see, you have to look and read the details of that report before you can judge. You see, we shouldn’t just listen to somebody and quote him out of context. Like I said, in Kogi State before now, for civil servants before you become a Permanent Secretary you must pay through your nose, but this time around it has been merit-based.

“Before you become a local government chairman, or let’s take it from the political aspect, I am the leader of APC in Kogi State, no single person obtained form or become whatever and will claim or claiming to have paid one dime to any political leader.

“It is out of blocking the loopholes and leakages that we have been able to raise the revenue of Kogi State from pittance of N300 million to over N1 billion on monthly basis. If you look at the percentage then you can be the judge. So if anybody is saying Kogi state is the most corrupt state, then that person must have his facts wrong.

“Kogi state is the most prized state in the country and it is out of fighting corruption as well because, the little resources we have we are so managing it that we are developing the state and fighting insecurity. If corruption is that prevalent then that wouldn’t have happened,” he said.

Speaking on the focus of his administration in its second, he said “human capital development, continue on infrastructure development and continue on the trajectory we are in now and ensure Kogi State is taken to the next level.”