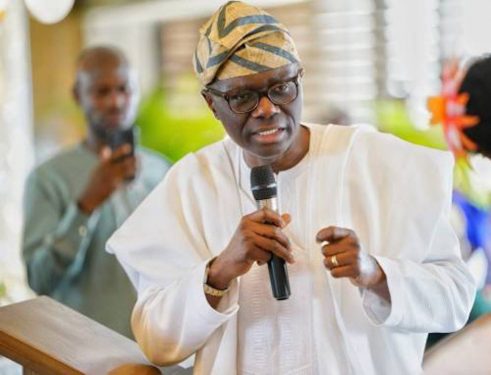 The Lagos State Government (LASG) on Friday said it had credited the Retirement Savings Accounts (RSAs) of 321 retirees with the sum of N1.63 billion for December.

The Commissioner for Establishment, Training and Pensions, Mrs Ajibola Ponnle, said this at the 70th Batch Retirement Benefit Bond Certificate presentation to some of the retirees in the state.

Ponnle said that the state government was committed to ensuring that retirees get paid their terminal entitlements as and when due.

She said that since the inception of the Contributory Pension Scheme( CPS) in the country, Lagos State has continued to be in the forefront of ensuring an efficient and effective pension scheme administration.

“While salaries of active workers state wide are paid monthly, contributions into the RSAs of employees are also religiously remitted.

“We are very resolute to forging ahead with the Contributory Pension Scheme.

“The scheme is sustainable as it meets the challenges of the past pension scheme administration which being non-contributory relied totally on budgetary allocation of government.

“I have obtained the commitment of the management of the Lagos State Pension Commission (LASPEC) that accrued rights will be remitted into retirees’ RSAs on a monthly basis,” she said.

According to her, Gov. Babajide Sanwo-Olu, having served as Commissioner for Establishment, Training and Pensions in 2007, understands clearly what pension means to a retiree; because ‘pension is the life wire of every retiree’.

Ponnle stated that the governor upon assumption of office directed that pension obligations should be systematically cleared.

The commissioner noted that employees were the greatest assets of Lagos State.

She said that, that was why the government was committed to ensuring that they enjoy good conditions of service.

It had also continued to ensure that their entitlements were paid when they exit from service, she said.

“Let me reiterate that this administration is committed to ensuring that your service to the state will be rewarded with prompt payment of your terminal entitlemenents,” she said.

In her welcome address, Mrs Folashade Onanuga, the Director General, LASPEC, said that the event was put together to celebrate the retirees and also present to them their Retirement Benefit Bond Certificates.

Onanuga said the Retirement Benefit Bond Certificates would show the retirees access pension rights due to them for years spent in service of the state under the discontinued Pay As You Go Pension scheme.

“Your RSA with your Pension Fund Administrator has religiously received into it monthly contributions from April 2007 when we transited to the Contributory Pension Scheme dispensation up to your month of exit.

“However, your entitlements under the Pay As You Go Pension scheme must be fused into your RSA with your CPS contributions before computation of your lump sum and monthly pension can be calculated,” she said.

She said that the fusion was achieved as the retirees were transiting into a future of financial independence.

Onanuga noted that Lagos State had been consistent with its leadership role in the implementation of the CPS in line with the provisions of the Lagos State Pension Reforms of March 19, 2007, now amended.

She also said that the proposal for the retirees to enjoy free transportation and health care had reached an advanced stage.

She said hopefully it would be launched in the first quarter of Year 2020.

The Director-General also lauded the unflinching support of the state approved the Pension Fund Administrator (PFA) and the insurance companies at ensuring that all the retirees have unrestrained access to their pension benefits.

She urged the elder statesmen to take good care of themselves, saying health is wealth.

She also advised them to desist from unimportant spendings and also to beware of pension fraudsters.

The Lagos House of Assembly (LAHA) Committee on Establishment, Training and Pensions, promised that it would continue to enact laws and policies that would guarantee a good life for retirees.

The committee’s Chairman, Mr Rasheed Makinde, said that the assembly would continue to give the governor the support he needed for regular release of pension funds.

This was to ensure that the future look good and bright for the retirees, he said.

“We are aware that there are still funding gaps, but these must be gaps arising from unforeseen liabilities that arise from those who died in service or withdrew early.

“The most important thing for you to note is that we are aware of the gaps and the will to close it is there,’’ he said.

In a goodwill message, the Lagos State Head of Service,( HoS), Mr Hakeem Muri-Okunola,said that the ceremony, organised for the pensioners, was one of government’s approaches to closely relate with them in a more relaxed atmosphere.

“At gatherings such as this, nothing can be as stimulating as the nostalgic feelings and recollections of the ‘good-old-days,’ ” he said.

Muri-Okunola was represented by Mr Samson Ajibade, the Permanent Secretary in Office of the Lagos State Head of Service.

The HoS appealed to the pensioners to take the advice and counsel of schedule officers to heart dearly.

“Ensure due diligence as well as proper planning in all expenditure you may need to make, particularly, in the areas of business and investment.

“Please, endeavour to seek guidance and professional advice from the financial consultants and small business experts before taking decisions which can significantly impact on your families,’’ he said.

The News Agency of Nigeria (NAN) reports that the state government in November paid RSAs accrued pension rights of N1.5billion to 428 retirees.

The ceremony also featured Christmas Carol from the LASPEC Voices in the spirit of the season.