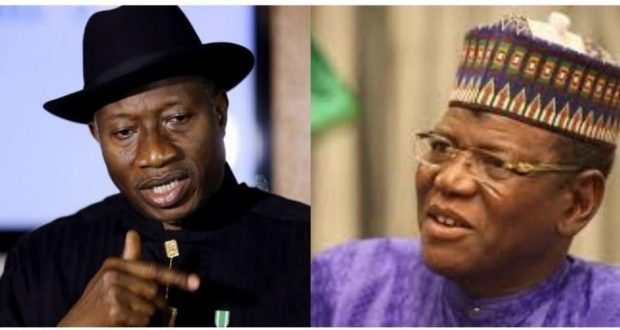 The people of Ijaw have provided the reasons former President Goodluck Jonathan had to work against the Peoples Democratic Party, PDP, and governor Seriake D.ickson in the governorship election in the State.

Leader of the group, Comrade Joseph Evah, told the Sun that the Ijaw nation was not happy with the comments of Lamido on Jonathan in a recent interview.

He said the comments were targeted to “blackmail, malign, rubbish and bring to ridicule the image of our distinguished son.”

Sule had claimed that Jonathan sabotaged the PDP governorship election in Bayelsa, linking it to the Malabo oil problem which Jonathan encouraged an out-of-court settlement during his tenure.

Speaking on behalf of his people, Evah who said that Lamido’s outburst was childish and ill-motivated, advised the former governor to face his travails rather than “attempting to soil the personality of Jonathan who refused to enrich himself by corrupt means.

“The Ijaw people are telling Lamido that his outburst against Jonathan over Malabo issue is childish, Jonathan as the executive president has the power to direct a matter to be settled out of court, just like Buhari has the power to tell Northern governors to negotiate with bandits, criminals and drop their charges as long as they are ready to repent.

“So, he was an executive president and has the right to say that a matter that has been dragging, that about three or four heads of state were involved before he took over should be settled out-of-court instead of foot-dragging. No-body is bringing any charges against Jonathan for giving out

“We know where the annoyance of Lamido is coming from. Lamido and his son are facing the EFCC fire so he felt that Jonathan is supposed to come and clear him because the alleged crime was committed during Jonathan’s period and Lamido as governor.

“What happened in Bayelsa is not about PDP or the APC, it is about the Ijaw nation, it has nothing to do with the PDP or APC. It is just like the situation of Agbalajobi and Sarumi in those days, where Lagosians felt that Agbalajobi should be the flag bearer of their party, but Sarumi who had a connection in Abuja decided to suppress Agbalajobi and the people gave a protest vote to Otedola.

“So, in our case, the leaders and elders of Bayelsa, both the opposition party and the ruling party preferred the former Managing Director of NDDC (Timi Alaibe) and this governor (Seriaki D.ickson) arrogantly denied him the ticket so the whole of Bayelsa people voted against the candidate he brought. What happened has nothing to do with Jonathan as a person being denied, it was the Ijaw nation that decided”.

READ  We want you in PDP if APC no longer want you – Ben Bruce tells Shehu Sani
Share this Post[?]