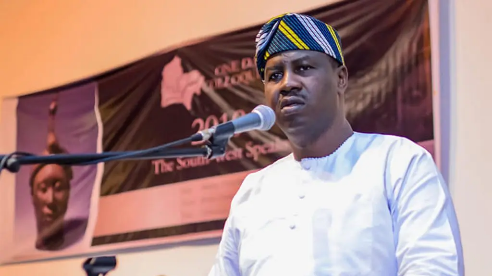 A former governorship candidate of the Action Democratic Party in Lagos State, Mr Babatunde Gbadamosi, has described N30,000 minimum wage for workers in the state as grossly inadequate because of the high cost of living in the state.

Gbadamosi, who said this at a press conference in Lagos, stated that the All Progressives Congress in the state had performed poorly despite the huge resources at its disposal.

According to him, underpaying workers can encourage them to engage in corrupt practices.

The businessman-turned-politician said workers should be well remunerated to bring out the best in them. Gbadamosi said the administration of Governor Babajide Sanwo-Olu had not lived up to expectations in most of the sectors.

Gbadamosi, who said he was still interested in contesting the 2023 governorship election in the state, said if the current administration was doing well, he would have been mobilising support for the governor instead of seeking to contest.

Gbadamosi said, “Lagos State should be paying at least N100,000 minimum wage because of the high cost of living in the state.

“There is no worker that can live comfortably on N30,000 salary in a month. The bad roads force transporters to keep increasing fares, rents are high, Lagosians pay so much to send their children to school.

“Lagos State internally generated revenue in a month is said to be above N30bn and that is the official figure. The state gets allocation from Abuja every month, so, can we say we get value for about N40bn made in a month?”

Gbadamosi said the roads in Lagos were so bad that people were dying in the gridlock caused by the poor condition of the roads.

According to him, road construction and rehabilitation are the easiest tasks that can be done in governance, saying a kilometre of road in difficult terrains in the country will not cost more than N300m.

He said, “The Apapa gridlock has not been sorted out contrary to the promise made by the governor that he would clear the gridlock in his first 100 days in office. I knew it was a tall order. He was probably prompted to make that promise by his political advisers.

“ The palliative work they are doing on the roads is a waste of resources. They said they could not lay asphalt on the roads during the rainy season but the dry season is here, yet they are not doing what they promised.

“The Lagos-Badagry Expressway is in a deplorable condition. It is a shame on the All Progressives Congress because they have been in power in the state since 1999 and up till now, the road is in a terrible state.” -PUNCH