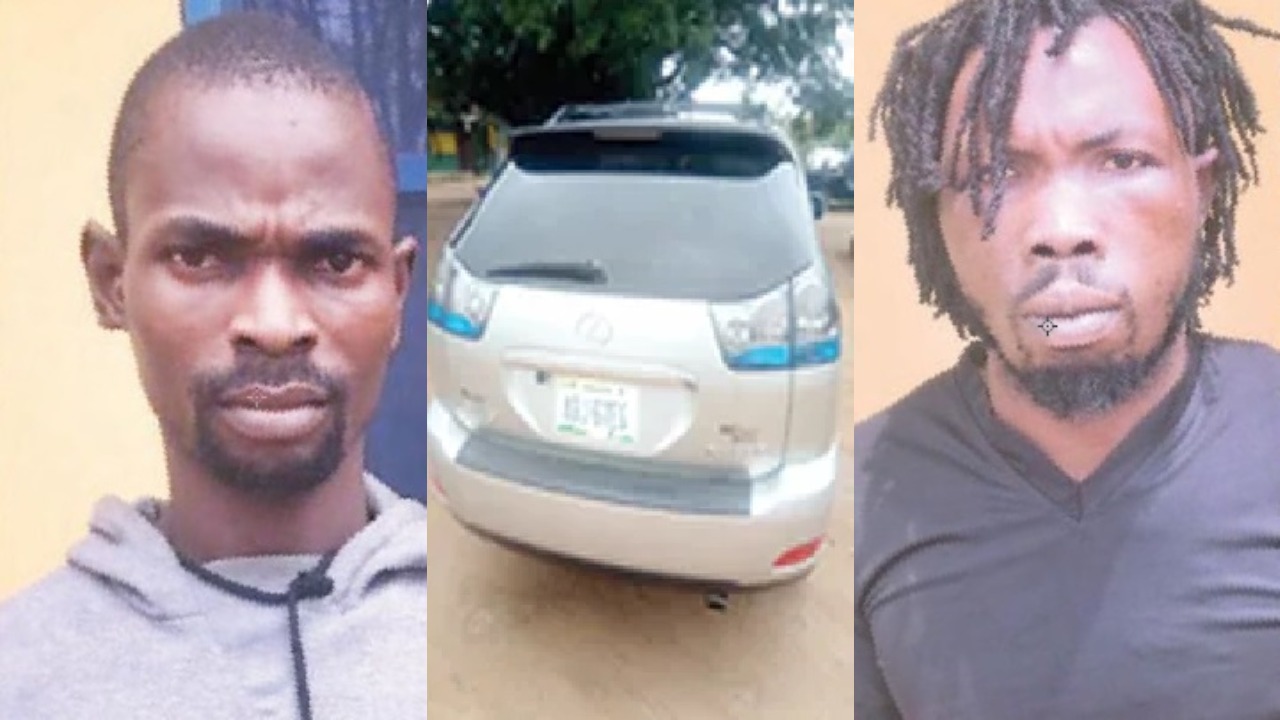 Two suspected kidnappers have been arrested by Operatives of the Inspector-General of Police Special Intelligence Response Team (IRT) for reportedly killing their gang member, Raymond Enahon.

The suspects identified as 28-year-old Best Kevwe Iweh and 30-year-old Emmanuel Tomson reportedly killed Enahon on August 19 for fleeing with a N5m ransom they got from a victim’s family, buying a Lexus ‘Jeep’ and lavishing the rest on his numerous girlfriends.

Accroding to reports, the deceased’s remains was then buried in a shallow grave at Obiaruku village in Delta State and Iweh, Tomson led the IRT operatives to the grave where they buried Enahon after they were arrested.

The arrest of the two suspects was confirmed by a police source and revealed some informations about the incident.

“The downfall of the gang started after IRT operatives, on the instruction of the IG, went to Delta State on the trail of a notorious kidnapping gang, led by Best Kevwe Iweh. The gang, who is a native of Oria Abaraka in Delta State, was successfully arrested. He is a notorious kidnapper and had been terrorising Delta State. The second suspect, Emmanuel Tomson, was arrested on August 18.

“Both suspects have confessed to several kidnappings, including the kidnapping of a former finance officer in Delta State in August 2018. They also admitted to kidnapping and killing Raymond Enahon, their gang member. Raymond bought a Lexus RS 330 from N5 million ransom realised from one of their kidnappings.

“Raymond collected the ransom and fled. They confirmed that Raymond bought a Lexus from the money and spent the remaining part of the ransom with his girlfriends.

According to the suspects, they lured Raymond somewhere and killed him. After killing Raymond, they sold the jeep for N1.8 million.”

Effort to arrest other members of the gang has been intensified by the police.