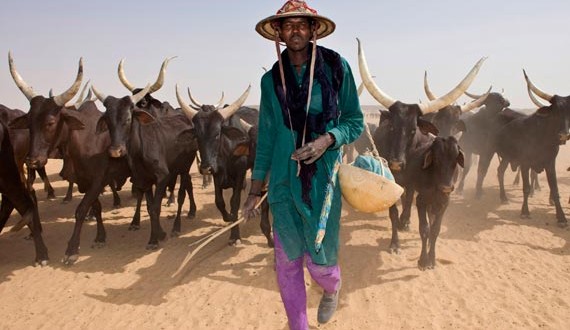 Cattle herders in Oyo State under the aegis of Gan Allah Fulani Development Association of Nigeria has dragged the state government and the state House of Assembly to court in protest against the state’s anti-grazing law.

Also joined in the suit was the Attorney-General and Commissioner for Justice in the state.

The bill, which was recently signed into law by the state government, aimed at checking persistent clashes between the farmers and the herders in the state.

But the herders in Oyo State described the new law as gross violation of their fundamental rights.

They urged the court to grant them an order of perpetual injunction “restraining all the respondents, whether by themselves, their servants, agents, officers or otherwise from carrying out any acts or omission which is likely to aid the enactment of the anti-grazing bill into law as this would amount to a denial of the fundamental rights guaranteed under the constitution of Nigeria.”

They also prayed the court to declare the law as a coordinated attempt to hinder their means of livelihood against section 33(1) of the constitution of the Federal Republic of Nigeria 1999 as amended.

They asked the court to grant them N100,000 against the respondents jointly and severally for the violation of their fundamental rights.

The herders said, “As a matter of cultural heritage, open rearing or grazing of livestock, having been passed onto generations to generations, is the life and economy of the Fulani group on which the Fulani survives.”

The Open Grazing Bill, which was mooted in October 2019, prohibits open grazing of livestock in Oyo State.