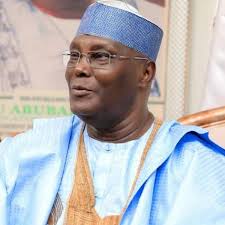 The presidential candidate of the Peoples Democratic Party (PDP) in the 2019 election, Atiku Abubakar, has advised his party to focus on strengthening and rebuilding itself.

In a post on his Twitter handle on Saturday morning, the former vice president said the time is not yet ripe for the discussion of elections.

Atiku wrote: “Our preoccupation at this point in the PDP should not focus on elections, but on rebuilding and strengthening our party for the challenges ahead of us.”

Naija News recalls that the Chairman of the PDP Board of Trustees (BoT), Senator Walid Jibrin, had claimed his life was in danger for refusing to endorse Atiku Abubakar for the 2023 presidency.

Walid Jibrin had previously stated that the PDP will not zone its presidential ticket in 2023.

The Bot Chairman had said just like every other Nigerian, Atiku was free to contest for the party’s presidential ticket.

He said his statement had pitted him against some forces in the party, with some individuals threatening demonstrations against him.

Jibrin, however, stated that he has sent a petition to the Director-General of Department of State Service (DSS) and Inspector-General (IG) of Police over threats to his life.

He said: “I have received call from some people threatening my life over my coming out not to mention that the presidency of this country be zoned to the Northeast. They were saying that I am a traitor, that I should have come out to say that it is only Atiku Abubakar, that because I said that Atiku was already overthrown by the Supreme Court. They said for that, I should say Atiku is the man.