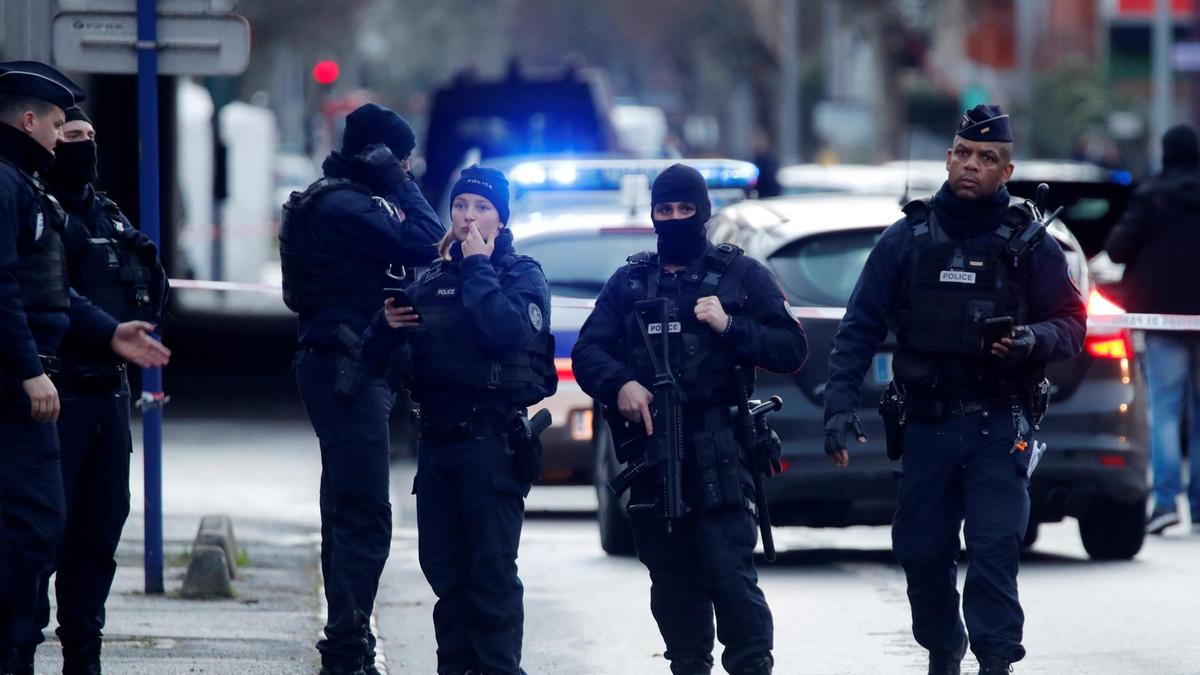 A man stabbed three people on Friday in a public garden in Villejuif, near Paris, leaving one dead and two injured before being shot by police.

The attack took place around 1 p.m. (Paris time) in the Hautes-Bruyères park in Villejuif, in the nearby southern suburbs of the French capital.

For unknown reasons, the assailant attacked passers-by and killed a man and injured two, one serious and another light, according to authorities.

He also “tried to attack other victims who managed to avoid him,” said prosecutor Laure Beccuau during a press briefing.

The man then went to a shopping centre in the neighbouring commune of L’Haÿ-Les-Roses which had to be “confined” for several hours, the mayor of the city, Vincent Jeanbrun, told AFP.

The police “were quickly alerted and were able to quickly go to the scene and neutralize it by killing it,” he added.

“We heard screams after we heard three shots. I went out to see. After that, there were another five or six shots and sirens. And we barricaded ourselves in the garage, “Rouane Yazid, 40, the owner of a nearby garage, told AFP.

A photo taken on the spot just after the attack and transmitted to AFP shows the assailant stretched out on his back at a crossroads, wearing what appears to be a djellaba suit of black colour.

According to corroborating sources, Nathan C. was struck by “psychological disorders”. He was “known for acts of common law, but unknown to the specialized intelligence services”. But “elements linked to religion” have been found in its effects.

“He obviously intended to continue his assaults” in the mall, “added Jeanbrun. According to the Secretary of State for the Interior Laurent Nuñez, the intervention of the police prevented “the continuation without a doubt of a murderous journey”.

According to the mayor of Villejuif, Franck Le Bohellec, the passer-by killed is a 56-year-old resident of the commune. “He was walking with his wife when the attacker approached, he wanted to protect his wife and it was he who took this stab,” the councillor told AFP.

An investigation into “assassination and attempted assassination” was opened and entrusted to the judicial police.

Emmanuel Macron addressed his “support for the victims, their families and the police.” “We are resolutely continuing the fight against indiscriminate violence and our fight for the safety of all French people,” he added on Twitter.

For the time being, the investigation is being conducted under the authority of the Créteil prosecution, near Paris, but the national counter-terrorism prosecutor Jean-François Ricard was also present on the spot alongside Mr Nuñez and the Paris police prefect. Didier Lallement.