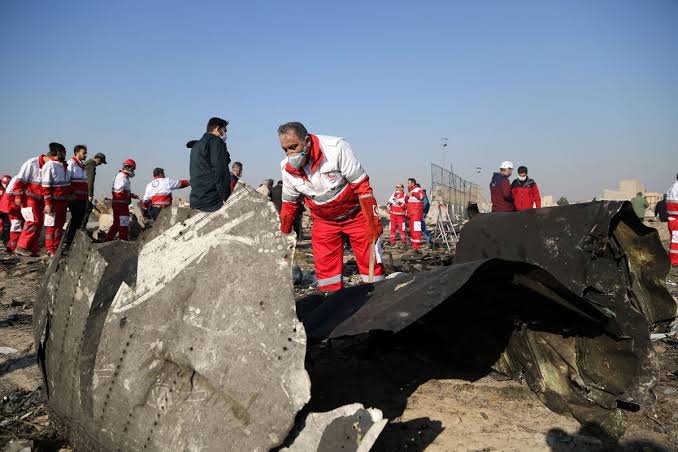 An Iranian official has given reason for the crash of a Ukrainian airliner near Iran’s capital Tehran on Wednesday.

“The plane caught fire due to a technical defect and this resulted in a crash,” Eslami said.

All 176 passengers and crew on board the Ukrainian International Airlines Boeing 737 passenger jet died when it crashed Wednesday shortly after take-off in a field near Tehran. Both black boxes have been found and are being investigated by Iranian aviation experts.

According to dpa/NAN, the public prosecutor’s office in Tehran has confirmed that the remains of all passengers have been brought to forensics experts.

The transport minister is also quoted to have said both the black boxes and passengers’ remains are to be handed over to Ukrainian authorities.