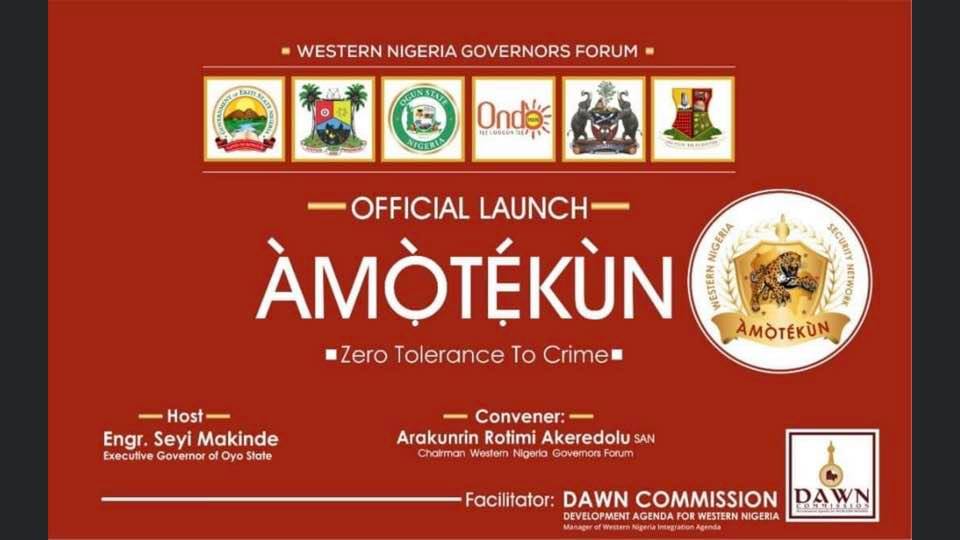 The inauguration of the much-talked about South West security outfit, Operation Amotekun, is about to begin at the Oyo State Governor’s Office, State Secretariat in Agodi, Ibadan.

The programme was delayed by the organizers to ascertain if it will go ahead as scheduled.

There were initial fears that it may not hold due to perceived apprehension by the presidency.

However, that has been resolved and the coast is now clear for the inauguration of South West multi-purpose security outfit designed to tackle kidnapping, banditry and other criminalities in the region.

The delegates and stakeholders from the six states in the South West have arrived at the venue for the inauguration.

A few of the 120 red security patrol vehicles for the launch of the security outfit were seen at the car park of the Governor’s Office.

Local security personnel dressed in a brown uniform and others in a grey uniform with caps to match were also seen at a strategic location near the Governor’s office in readiness for commencement of the programme.