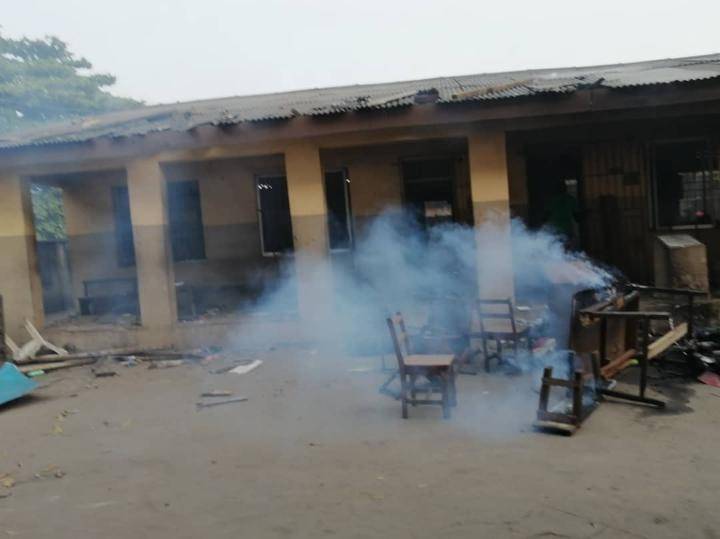 The Hausa youths who’re majorly motorcycle riders (Okada Riders) within the council stormed the LG area office of the council, located at Marine Beach, Lagos, on Thursday, 9th January, 2020, to protest the seizure of their colleagues ‘Okadas’ by some council officials over non payment of ‘riders permit’.

According to reliable sources, the ugly incident which occurred at about 5pm on Thursday saw the Hausa ‘Okada’ riders in large numbers, on their ‘Okadas’ bombarding the area office of the council, throwing bottles and forcefully opened the gate to unleash attack on the council officials.

While they were trying to force the gate open, the council officials who had seen danger staring them in the face took to their heels, and escaped through the fence.

After gaining entrance into the compound which also houses a primary school building, the rampaging Hausa ‘Okada riders’ vandalized properties worth millions of naira, destroyed parked vehicles, took away the seized ‘Okadas’, carted away some sewing machines used for vocational training and set the office ablaze.

It, however, took the timely intervention of the members of the Federal Fire Service to arrest the situation, they prevented the fire from wrecking more havoc.