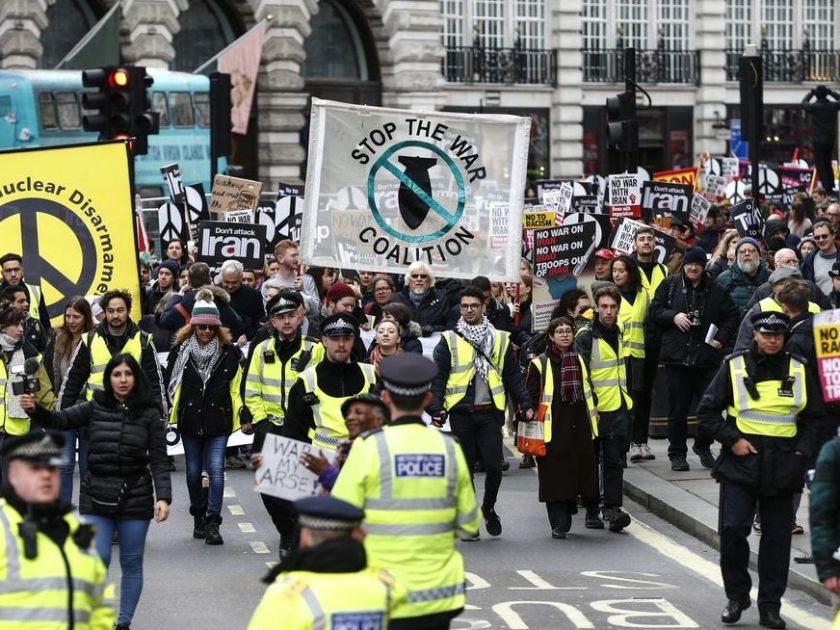 Protests were reported late Saturday in several parts of the Iranian capital Tehran over the shooting down of the Ukrainian passenger plane by the Iranian military, according to Iranian media.

Hundreds of people took part in Saturday night protest rallies outside Tehran, Amir Kabir and Sharif, according to news agencies IRNA and Isna.

They criticised both the shooting down and the day-long denials by Iranian authorities and the media.

According to Isna, some demonstrators outside Amir Kabir University called for those responsible for the downing of the airliner to resign.

Thousands of Iranians posted a black page on social media as a sign of their grief and as a protest against the government.

For them, the shooting down of the passenger plane does irreparable damage to Iran’s image.

After days of vehement denials, Iran’s Revolutionary Guard on Saturday admitted it mistakenly shot down a Ukraine International Airlines passenger plane outside Tehran this week, killing all 176 people on board, including 57 Canadians.

U.S. President Donald Trump on Saturday voiced support for anti-government protests in Iran just days after the two countries stepped back from an escalated military conflict.

“We are following your protests closely, and are inspired by your courage.

“The government of Iran must allow human rights groups to monitor and report facts from the ground on the ongoing protests by the Iranian people,” Trump said in a tweet.

“There can not be another massacre of peaceful protesters, nor an internet shutdown. The world is watching,” he added.

Among those taking part in the demonstrations was the UK ambassador, who was reportedly detained briefly.

In London, UK Foreign Secretary Dominic Raab accused Iran of a “flagrant violation of international law” after it briefly detained the British ambassador during anti-government protests on Saturday in Teheran.

“The arrest of our ambassador in Teheran without grounds or explanation is a flagrant violation of international law,” Raab said in a statement after reports that ambassador Rob Macaire was detained for more than one hour.

“The Iranian government is at a crossroads moment.

“It can continue its march towards pariah status with all the political and economic isolation that entails, or take steps to de-escalate tensions and engage in a diplomatic path forwards,” he added. (dpa/NAN)