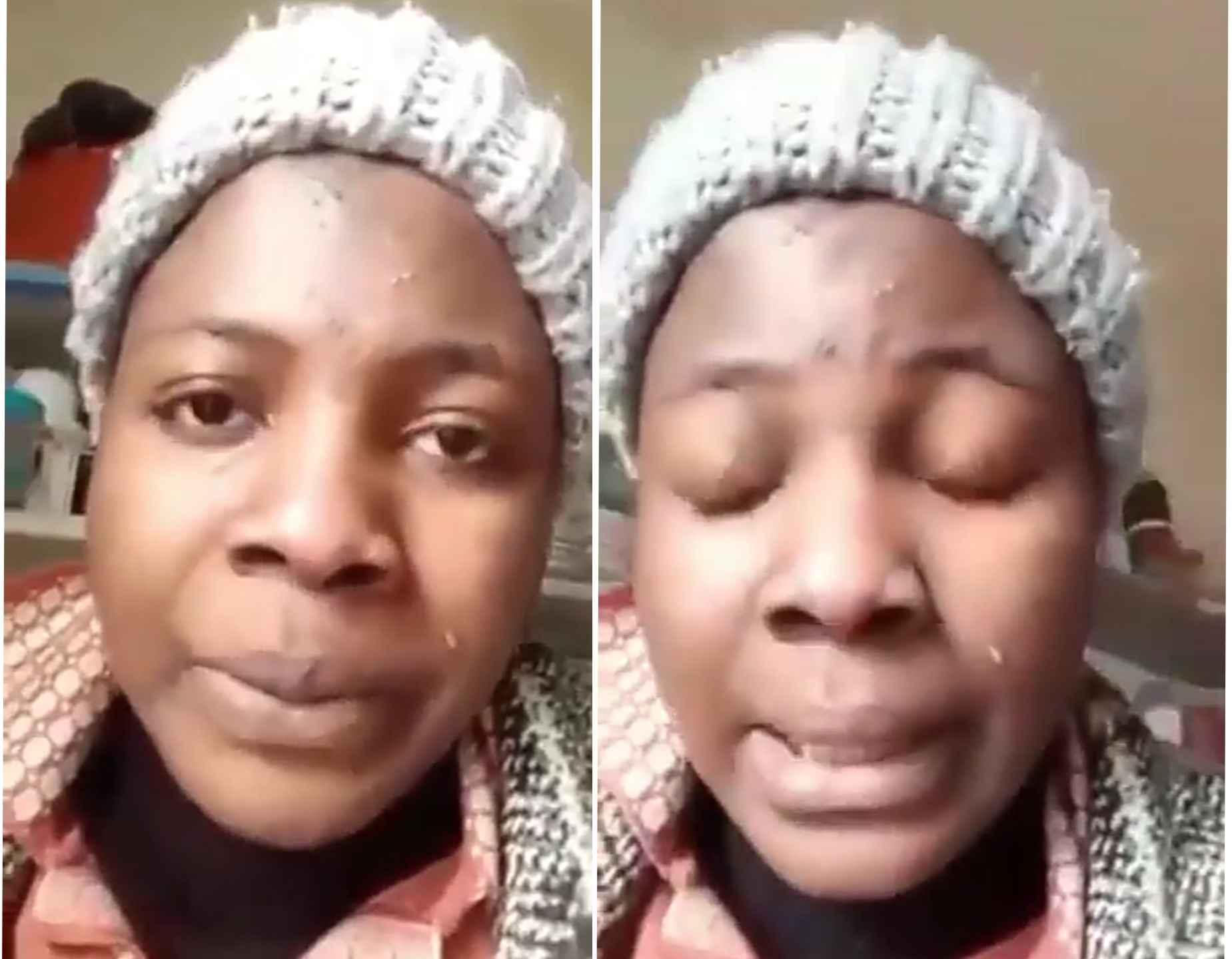 The Nigeria Security and Civil Defence Corps has arrested three suspects in connection with the trafficking of a Kwara-based lady, Omolola Ajayi, to Lebanon.

The lady pleaded for help to regain freedom in a video which went viral this week.

The Chief Press Secretary to Kwara State Governor, Rafiu Ajakaye, said three suspects including two Nigerians and a Lebanese had been arrested in connection with the crime.

Ajakaye in a statement on Friday identified the suspects as Wasit Muhammad (a Lebanese), Olatunji Sanusi (a lawyer) and one Tunde, adding that one other suspect, identified simply as Joseph, is at large.

He said, “The case will soon be handed over to the National Agency for the Prohibition of Trafficking in Persons. Governor AbdulRahman AbdulRazaq condemned the rising trend of human trafficking in the country, calling it inhuman and unacceptable. The governor warned that anyone caught should face the full weight of the law.

“The governor is horrified by the video footage of one Ms Omolola Ajayi, who is a victim of human trafficking. Omolola, whose parents live in the Kwara State capital Ilorin, was tricked into travelling to Lebanon in the guise of engaging her as an English tutor. It turned out to be a case of human trafficking and slavery.

“Apart from Ms Ajayi, discreet investigations by the Nigeria Security and Civil Defence Corps in Kwara State have revealed that there are at least 28 other victims of this horrible trafficking gang.”

Ajakaye stated that the governor was in contact with relevant Federal Government and international agencies, including the Ministry of Foreign Affairs and the International Organisation for Migration to ensure the release of Ajayi and other victims from bondage.

Like many Nigerians trafficked from the country on phoney promises of greener pastures abroad, Ajayi is in the throes of captivity in Lebanon.

In the viral video, the 23-year-old single mother disclosed her ordeal in the hands of her master in Lebanon.

Narrating her plight in Yoruba, the Osun State indigene lamented that her master had made life miserable for her since she arrived in the country.

She explained that a family friend linked her up with an agent who took her to Lebanon with a promise to get her a teaching job there.

She would later realise she was in the Middle East country for hard times worse than the situations that forced her to leave the country.

“My name is Omolola Ajayi. I am from Osun State. My mother’s name is Felicia Ajayi; my father is Kehinde Ajayi. I am 23 years old and a single mother. I am currently in Lebanon while my parents live in Offa Garage (Ilorin, Kwara State). It was a family friend who introduced me to the white man that brought me to Lebanon.

“My plan was to be teaching pupils English Language in Lebanon. On getting here, the person that brought me seized my passport. I was wondering what happened. I later knew I had been sold off to slavery,” Ajayi recalled, sobbing intermittently.

She said since her arrival at Lebanon, she had gone through hardship and that her life was in danger. She called on the Nigerian government and non-government organisations to help facilitate her return to Nigeria.

She stated, “If I am sick, they won’t take me to hospital. They will only give me drugs. Half of the people whom we came here together have died. I am appealing to Femilick Life Support to come to my aid. I don’t want to die here. I need help to return home.

“The person I live with wants to rape me but I have been resisting him. He collected my phone and said he would not give me the phone until I accept to have sex with him. It is when he sleeps or goes out that I manage to pick the phone where he keeps it.”

Ajayi explained that the situation became worse when she called her agent to get her out of captivity but the man told her he had paid for her life.

She said, “He said he paid for my life to those who brought me. He said my life and death belong to him. He blocked my line afterwards. My three-year-old child is at home. I need help. I want to see my child; I don’t want my parents to mourn my death.

“The child of the man I live with had travelled; I don’t know what he could do to me. I need help to return home; I don’t want to die here. I sleep on the floor in the man’s living room. He gives me tattered clothes to wear. I am suffering a lot; I am sick.”

The Director-General National Agency for the Prohibition of Trafficking in Person, Julie Okah-Donli, in a text message reply to our correspondent’s enquiry on what the government was doing to repatriate Ajayi, said, “We are on it. Thanks.”