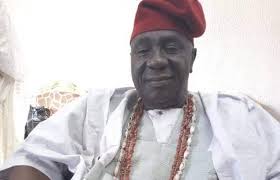 Obaro of Kabba in Kogi State, also known as Obaro Otitoleke Oweyomade I, Oba Dele Awoniyi, tells GBENGA ODOGUN about Kabba, its relationship with Ile-Ife, regarded as the spiritual homeland of Yoruba people, among other issues

Your predecessor, Oba Michael Olobayo, passed on in 2016, how did the responsibility to succeed him fall on you?

I was born in Ile-Ife in 1957. I went to school briefly there and came to Kabba in 1966. I finished primary education in 1970. Between 1971 and 1975, I was at Ijumu Anglican Secondary School, Iyara, near Kabba. From there, I went to the University of Ibadan, Oyo State and graduated in 1979. I had my National Youth Service Corps programme in Niger State after which I got appointment with the Nigerian Television Authority, Minna in 1980. I worked there for eight years and joined the Nigeria Customs Service in 1988. I worked in different parts of the country before I retired in 2015 as a Deputy Comptroller of Customs. When the late Oba joined his ancestors in 2016 and it was the turn of my clan to produce the next Obaro, the responsibility fell on me.

What is the history of Kabba people?

There are many stories of how we got here; some say we came from Egypt and some say we are from Kwararafa, but those are not our stories. I have the authentic version of the story. The genuine story we have is that two hunters came from Ile-Ife about 2,000 years ago and settled in this place, which is today known as Kabba. We are told that they were children of the same parents. They were hunters; one had seven children and the other had six and each child formed a clan. We have 13 clans altogether and they make up Kabba today. In a nutshell, that’s how we started.

Does the relationship between Ile-Ife and Kabba still exist today?

Oh yes, it exists. Two years ago when our people visited the current Ooni of Ife (Oba Adeyeye Ogunwusi), they showed our people a particular place in the palace where Kabba people migrated from. So, we know our source and origin. We speak Yoruba. For those who say they are from Saudi Arabia, good luck to them.

How will you describe the relationship between Kabba and the adjoining people, Ebira?

They came from the far North to settle here and we have been living peacefully ever since. There is no record that we ever went to war with them so our relationship has been cordial. Many of them can even speak our dialect fluently and that should show you how cordial our relationship is. We have even recommended that the Igbira Oba should be graded just like any other Oba in Kabba.

Do you have any festival that brings people from different clans together?

There is no festival that cuts across every community; each community has its own peculiar festivals. We have Egungun, we have Ebora, but at the end of the day, we worship the same God in different ways. In Kabba, we don’t worship idols, we worship the Almighty God but the traditional worship is still there and we all coexist peacefully.

How do Christianity, Islam and other religions manage to coexist here?

Culture is dynamic; there is no conflict. Everybody is free to practise any religion of their choice.

How many ruling houses do we have in Kabba?

What is the succession process for Obaro of Kabba?

There have been problems in the past. According to our culture, when an Obaro dies, everybody in all the ruling houses is qualified to contest. But you know how rowdy it will be for 13 families to be competing for one throne. That was why we used to have problems in the past but a panel (that was set up) in its wisdom said since you we were traditionally divided into three, we should rotate it among the three houses. When someone from Okaba group dies, Odolu, where I belong, is required to produce the king.

Do you think your people fully accepted you?

For you to be Obaro, you have to be popular and acceptable to your people and for you to be acceptable, you must have contributed to the development of the community. I have done that in the past and I’m still doing it. In fact, when the position of Obaro became vacant, with every sense of modesty, I can say I was the man to beat in the race. This was due to my people’s recognition of my significant contributions to the development of the community.

Where will you like to see Kabba in another 10 years?

No, that is not part of our tradition; we don’t even have a central palace. We are just trying to build a befitting one. Will I go to someone else’s house to inherit his wife? No, we don’t do that here.

Before you became the Obaro, what special connection did you have with the people of Kabba?

In 1978, as a young man, I was the president of Kabba Students’ Union when I was in university. I’m a member of Kabba Development Union and have contributed individually and collectively to the development of the community. That is why everybody in the community loves me. My people have been wonderful as regards the support they have been giving to me since I became the Obaro.