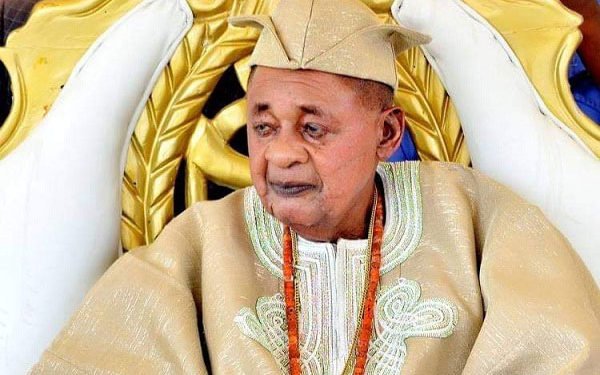 The Alaafin of Oyo, Oba Lamidi Adeyemi said on Monday that any monarch who takes alcoholic drinks in public does not deserve respect.

He stated this during the installation of the Fuji maestro, King Wasiu Ayinde Marshall as the Mayegun of Yorubaland.

The monarch, who clarified his earlier statement, said he did not tell anyone to dishonour the obas added that any king who denigrated his throne by drinking or clubbing in public should not be accorded any respect.

On the music maestro, Alaafin said: “He understands the culture and I am not saying that he should disrespect the culture. But, kings who go about clubbing and drinking do not deserve any respect.”

President Muhammadu Buhari was represented at the event by the Minister of Information and Culture, Alhaji Lai Mohammed and Minister of Interior, Rauf Aregbesola; while Babafemi Ojudu represented the Vice-President Yemi Osinbajo.

” Through music, some of them criticised government excesses. A king who wants progress for his people should listen to good words of music that are deliberately picked to correct societal problems.”

“I looked around and acknowledged the efforts of some of our musicians who are not just singing for the sake of it. For a long time, I have been documenting some of the works of our good musicians in Yorubaland. IK Dairo of blessed memories was honoured in the United Kingdom many years ago. Then, Sunny Ade was discovered. They called him King of Juju music. What we have done is to discover our own talents. The music of Wasiu is philosophical. It is time we honoured our own.

In his response, Wasiu said: “I give thanks to God almighty for deeming me fit. I thank Kabiyesi Alaafin and all our royal fathers for supporting me on this occasion. The responsibility that I am given is about the unity of Yoruba.”

“The music part of me is on one side while the Mayegun part of me is another side. Henceforth, I stand for the interest of the Yoruba nation.”

“About 11 years ago when Kabiyesi first muted the idea of installing me with the title, he sent me back midway apparently so that I can go for more tutelage. He sent me to learn about more rudiments of life. I am better off today. I stand before everybody today and assure you of my readiness to play my roles diligently.”