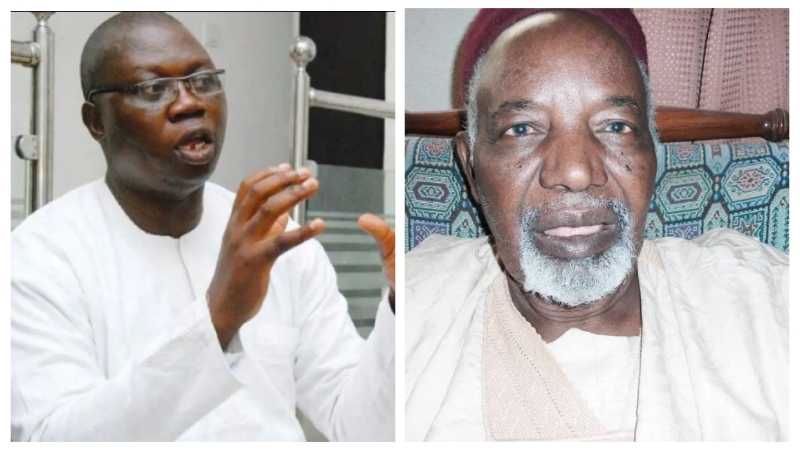 Following the comments made by Alhaji Abubakadir Balarabe Musa, ex-civilian governor of old Kaduna State on the launch of the Western Nigerian Security Network (Operation Amotekun), the Aare Ona Kakanfo of Yoruba Land and National Coordinator of the Oodua People’s Congress (OPC), Gani Adams has fired back at Balarabe Musa and accused the northerners of conquest agenda.

The establishment of regional security outfit, Operation Amotekun by southwest governors, a former governor of old Kaduna State, Balarabe Musa has alleged that leaders and governors of the Southwest region established Amotekun because they want to create Oduduwa Republic.

Reacting to the comments made by Balarabe Musa on Amotekun, Gani Adams stated that the fear of the North is that the existence of Amotekun would jeorpadise their conquest agenda, stressing that the northern leaders were not for good governance, but to plan conquest agenda.

While accusing of the northern leaders of having conquest as an agenda, Adams raised some questions for Musa. He asked: “The Hisbah and Civilian JTF in the North, are they plot to established Arewa Republic?

“Since criminal Fulani have been killing people in the past four years, even when they overran Falae’s farmland, have you come to pay a condolence visit to Olu Falae as your friend or made a statement of condolence to the South West?

READ  Okonjo-Iweala spent years getting Nigeria out of debt, we are back in it – Buhari’s ex-minister

Reacting on the comment on OPC from the North, Gani Adams disclosed that “We are pleased because, the fear of OPC against the criminals in the North is the beginning of wisdom. Their fear in the North is that OPC will not compromise on the security situation.”

The OPC national coordinator also called on traditional rulers in the South-West region, states Houses of Assembly and all political leaders to throw their weight behind Operation Amotekun, insisting that it had come to reality.

He said the call became necessary for the fact that since the launched of the security outfit in the region, crime rate had obviously reduced.

“As we can see and observe, since the launch of Amotekun few weeks ago, criminal activities are gradually going into oblivion; examples include kidnapping, invasion of farmland and other social vices. The existence of Amotekun is now the beginning of wisdom.

“I’m equally calling on South-West states Houses of Assembly to pass the initiative into law within two weeks like what had happened in some northern states on Hisbah Commission and civilian JTF in Bornu State.”

Adams argued that the Minister and Attorney General of the Federation, Abubakar Malami goofed to have described Amotekun as an illegal security outfit, when similar security outfits such as Hisbah operate in Nassarawa, Kano and Katsina states

He emphasised that the minister had no moral justification to discredit Amotekun, at the expense of similar networks operational in the North, stressing that, if he found Amotekun illegal, he should also admit same for Hisbah in the North.

Adams, however, advised the South West governors not to go to court, but rather the minister should go to court and determine that Amotekun is not a legal security network, as much as he was silent on the Hisbah in the North

On the celebration of his second anniversary as Aare Ona Kakanfo, Adams expressed appreciation to all Yoruba within and outside the country with special acknowledgment to Governors Kayode Fayemi (Ekiti), Oluwarotimi Akeredolu (Ondo), Iku Baba Yeye Imperial Majesty, Oba Lamidi Adeyemi, Arole Oodua, Oba Adeyeye Ogunwusi, Oba Olukare, and all the royal fathers, as well as other very important personalities within the region.