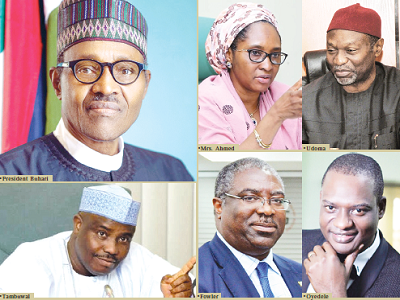 The 2019 Finance Bill has been signed into law. But, implementing the law and navigating the delicate routes of balancing revenue generation to deliver on infrastructure, health and education and tackling the hard reality of the consequences of increasing the Value Added Tax (VAT) might prove a hard nut to crack. Assistant Editor NDUKA CHIEJINA reports on what to expect in the coming days and months.

In 1993, the Federal Government introduced Value Added Tax (VAT) to replace Sales Tax for the purpose of increasing the revenue base of government and make funds available for developmental purposes that will accelerate economic growth.

The VAT was adopted in 1994 and prospective VAT payers, including manufacturers, wholesalers, importers, suppliers of taxable goods and services were required by decree No 102 of 1993 to register with the Federal Inland Revenue Service (FIRS) which centrally administers VAT.

The goods and services exempted by the decree are those that bother on people’s welfare and whose requirements are necessary for improving human development. These include medical and pharmaceutical products, basic food items, educational materials, agricultural services and equipment, etc.

The former Minister for Budget and National Planning, Udoma Udo Udoma, and the immediate past Executive Chairman of the FIRS, Babatunde Fowler, hinted during an interactive session with the National Assembly in March 2019 that VAT rate was likely to go up. According to them, this was to enable the government to fund the new minimum wage of N30, 000 per month approved by the National Assembly.

After the immediate backlash, the FIRS subsequently clarified that the intention was to increase compliance rate and not tax rates, but suggested that Nigerians should be ready for a VAT rate increase by the end of 2019. Potentially, this means an increase of about 50 per cent will raise the current standard VAT rate of five per cent to 7.5 per cent.

The VAT is considered beneficial to the Nigeria economy. For Nigeria to attain its economic growth and development she must be able to generate enough revenue in order to meet her expenditures in term of provision of social amenities and government’s running costs. If more goods and services are taxed, the revenue base of the country will increase and increase revenue means that the tax base will have to be grown.

Under the new law, the effect of the VAT increase on taxpayers would be managed by introducing a VAT exemption threshold for businesses with a turnover of less than N25 million per annum and by expanding the list of VAT exempt items to include educational items and other basic commodities.

The additional revenue generated from VAT would be used to fund healthcare, education, and infrastructure projects.

VAT and the States

In 2017, the then Minister of Finance, Mrs. Kemi Adeosun, remarked that 87 per cent of Nigeria’s VAT comes from four states and the Federal Capital Territory (FCT), while only 13 per cent comes from 32 other states in the federation.

According to Adeosun, Lagos has the highest VAT collection, amounting to 55 per cent of Nigeria’s VAT. The FCT is second place with 20 per cent, while six per cent came from Rivers; five per cent from Kano and one per cent from Kaduna.

According to PricewaterhouseCoopers (PwC), the government believes it will generate on average an additional N450 billion annually.

“Less four per cent cost of collection to FIRS, all 36 states will get 18 billion per month, translating to an average of N500 million per state. Since Lagos, FCT, Rivers, Kano and Kaduna generate 87 per cent of VAT revenue, they also share a big chunk of VAT revenue, meaning that the financially disadvantaged states will get much less than N500 million monthly,” PwC said.

Speaking on the controversial sharing of VAT proceeds by states, Partner/Head of Tax and Corporate Advisory Services at PwC, Mr. Taiwo Oyedele, told The Nation that “This has been an issue because, in principle, consumption tax (another name for VAT) is a state tax.

“It will start getting to a point that every state will collect their VAT and keep it instead of this central collection that is now shared because there is no way you are going to share it that it’s going to be equitable.

“So, I will recommend that Nigeria needs to get to a point where we re-enact the Value Added Tax Act so that the federal law will be administered by each state so that everybody should collect their VAT and keep it.”

Continuing, Oyedele said: “Because I think at this point now, going from 1993 when the law was introduced, this is 2020. States now have a better capacity, even technology to be able to administer their VAT. But before we are able to do that, I will agree with you that the sharing formula is not equitable.”

The other complication of the VAT increase, the tax expert noted, is how to decentralise consumption so that the VAT goes to where the customer is rather than where the service provider’s headquarters is.

He said, for instance, that MTN is all over Nigeria, but its head office is in Lagos. “So, when they (MTN) pay VAT, does it mean that it is VAT for Lagos? So, that can also be a complication. How do you decentralise consumption so that the VAT goes to where the customer is rather than where the service provider’s headquarters is?”

Due to its market size, Lagos State was top in terms of VAT revenue in the first six months of 2018. For instance, Lagos VAT revenue receipts between January and June 2018 averaged N8.033 billion monthly, up from the average of N6.38 billion in the first six months of 2017. This was significantly higher than Kano’s. Nasarawa, Bayelsa, Gombe and Ebonyi trailed the pack.

READ  Billionaires’ wealth falls for the first time in decade

“It is evident in our analysis that many states lack the formal structures for the payment of VAT. 29 of 36 states got less than N1 billion monthly, despite huge difference in population, PwC noted.

The multinational professional services firm further noted that since “All things are never equal, especially when it comes to tax, an increase in the VAT rate will inevitably impact on consumption and VAT compliance. The combined effect will reduce the expected revenue.”

On their part, State governors expressed support for the Finance Bill, which called for an increase in VAT from five per cent to seven per cent.

According to him, “We are appealing to those who don’t have a proper understanding of the context of the bill to kindly have a rethink and reflect on the quantum of work that is ahead of us as a country and as states.”

He noted that State Governments needed a lot of resources to improve infrastructure, to invest in education, health and virtually every sector of the national life. “So, there is an urgent need for more revenue for Nigeria. We appeal that we should show more understanding with the Federal Government in that regard,” Tambuwal said.

Effects of the VAT increase on consumers

Oyedele in his chat with The Nation stated that the new VAT rate will definitely affect the prices of goods and services except that it’s going to affect different items and different people.

“Some items will go up in terms of their prices because of the VAT and some will remain unaffected; some that were even liable to VAT before are now included in the exempted, which means their prices should actually go down.”

Overall, Oyedele noted that it’s a mixed impact. He said, for example, that bread which before now was liable to VAT is now no longer liable to VAT. “We have airtime, for example, which is something that everybody consumes so, the price of airtime will go up because of the higher VAT.

“Whereas when we look at something like flour or like yam, it was exempt before and it is still exempt now, but the prices remain the same. So, that is the analysis I can provide,” the PwC tax expert said.

The Registrar/Chief Executive, The Institute of Business Development (IBD), Dr. Paul Ikele, also said the VAT increase will directly impact consumers, but the severity will depend on which population group they belong; whether they are in the low, the middle or the high-income group.

“Who are the consumers of those value-added tax elements?” he asked, pointing out that “If they are selective consumers whose income is high such that they can close their eyes and pay back without direct effects such as hotels, premium services like those flying first-class and other luxury items and services, those groups have no problem.

“But if the goods are goods which you and I go to the same market and buy, of course, the sellers, the producers will want to put that value-added on the price they are offering so that they can equally pay to the government.”

READ  Border Closure: How Smugglers created over 100 illegal routes to beat customs in the North

The IBD boss emphasized that when the government begins to take VAT from every goods and service that every person requires, of course, it will lead to increase in the cost of producing those goods and services because VAT is tax paid on the point of purchase.

He said it also means, by extension, that those producing such goods or providing such services will have to increase their prices to make up for their cost of production, which they will pass on to consumers.

According to him, this kind of situation was responsible for why there are very high tax avoidance and tax diversion in the country.

The IBD chief also told The Nation that although, VAT is a good thing for the government, the issue of proper management and control of the proceeds from the VAT increase remains. “With the VAT increase, there should be a special account for it so that government can use it to support particular projects and then the whole country will see it and people will applaud it,” Ikele advised.

He also said the government put the cart before the horse when it increased VAT rate from five per cent to 7.5 per cent without putting in place adequate infrastructure to boost the nation’s productive base.

“There are lots of infrastructure challenges. And Nigeria is a growing economy; government cannot just come up with any direct or indirect collection of revenues without putting in place adequate infrastructures such as roads, electricity and other utilities,” Ikele said.

Other experts said that beyond the expected boost in revenue, there will be other unintended consequences including higher inflation and interest rate hike. Besides, people may generally become poorer; seeking to expand the VAT net while also increasing the VAT rate at the same time is a conflicting strategy.

Before the passage of the Finance Bill, some scholars have argued that Nigeria can make twice as much from VAT at the current rate by reforming the law, expanding the net and ensuring a robust administration rather than by increasing the rate.

This should include a review of VAT waivers, better policing of the border to improve import VAT collection, a framework for VAT on imported services and the digital economy.

According to the experts, contemplating an increase in VAT rate now is bad timing and inconsistent with current economic reality. They also noted that in any case, the likely increase in revenue will not be sufficient to pay the new minimum wage.