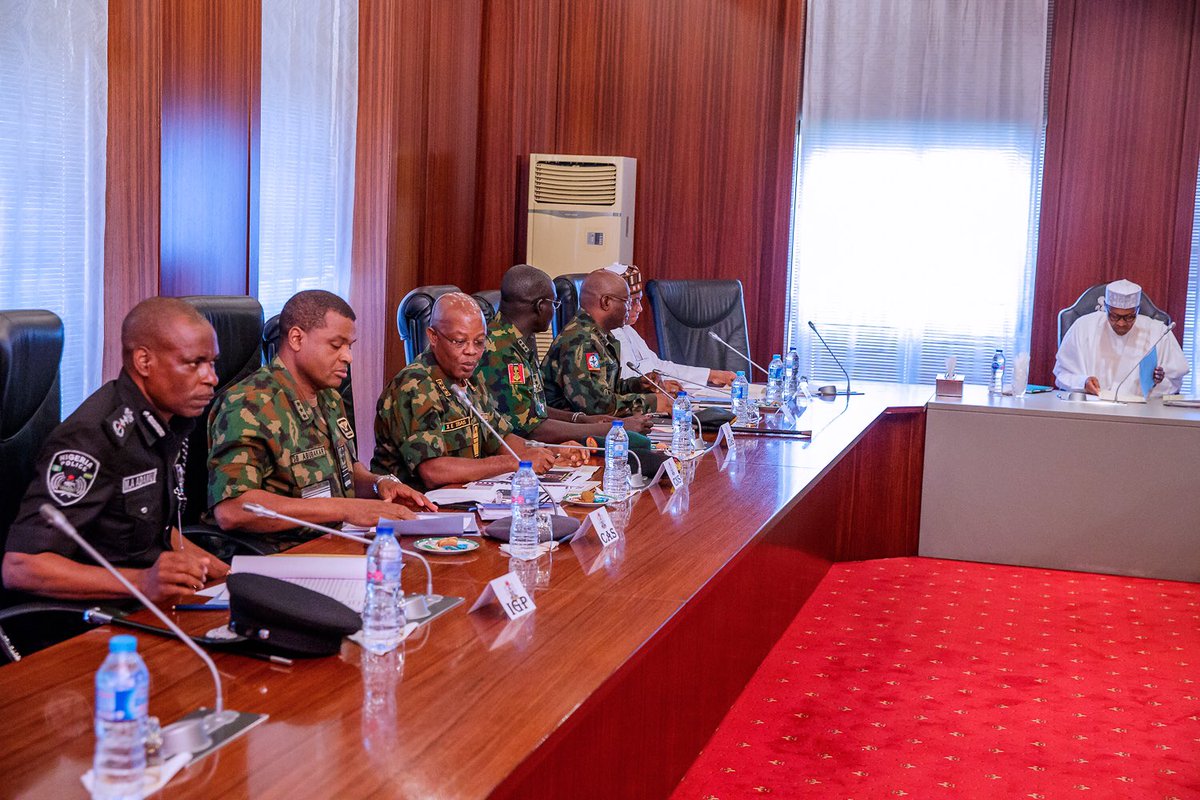 Those in attendance include the Secretary to the Government of the Federation (SGF), Boss Mustapha; Chief of Staff to the President, Abba Kyari; Minister of Defense Maj. Gen. Bashir Salihi Mahashi (Rtd.); Minister of Interior, Rauf Aregbesola; and the National Security Adviser (NSA) Maj. Gen. Babagana Monguno (Rtd.).

The meeting may be connected to the worsening security situation in the country.

Recall that the Nigeria Senate has asked President Muhammadu Buhari to replace his Service Chiefs as the country continues to face problems of insecurity.

The upper legislative chambers made the call in a statement after plenary on Wednesday.

In the statement released to newsmen, senators claimed that the service chiefs have run out of ideas to stop killings across Nigeria.

The lawmakers also called for the introduction of Community and State Policing to curb insecurity.