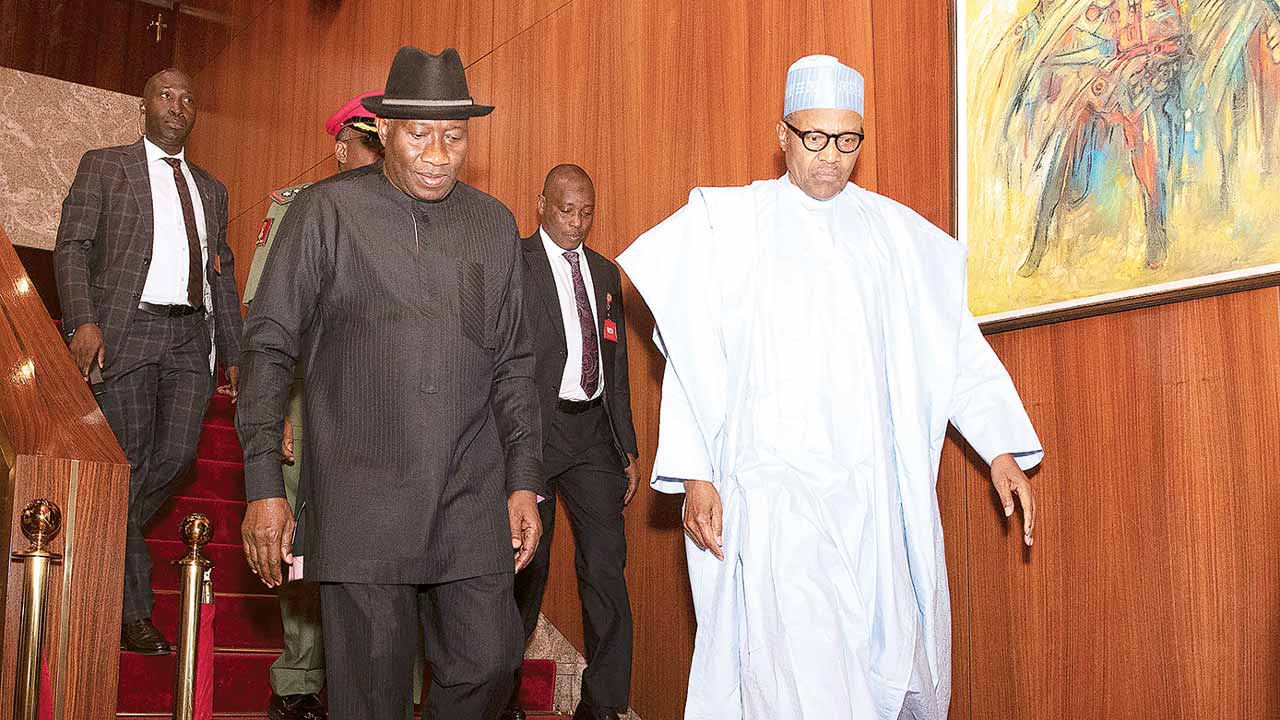 National Security Adviser Babagana Monguno yesterday disclosed that a closed-door meeting which President Muhammadu Buhari held with security chiefs did not discuss the sacking of the latter.

The meeting came amid calls by the National Assembly for government to be more assertive in handling the worsening security situation in the country. The lawmakers had also stressed the need to overhaul the security architecture, especially by removing the service chiefs.

Buhari had recently complained that attacks by bandits on vulnerable Nigerians were becoming unbearable, promising to tackle the problem decisively.

But asked whether a review of the service chiefs was discussed, the NSA replied: “Nothing of such came up.”

The Peoples Democratic Party (PDP) meanwhile urged the National Assembly yesterday to “stand with Nigerians and resist every attempt that will make it succumb to any form of harassments, intimidations and innuendos from paid agents and cabal in the presidency who have shown that the interest of ordinary Nigerians is not their priority.”

The party was reacting to a scathing response by the presidency, following calls on Buhari to resign over his alleged poor handling of the nation’s security. It also warned the presidency against politicising the genuine concerns by Nigerians.

In a statement by its national publicity secretary, Kola Ologbondiyan, the PDP said the Buhari presidency must accept this apolitical verdict, which “transcends ethnic, political and religious boundaries, especially after President Muhammadu Buhari admitted failure by expressing ‘surprise’ at the level of insecurity across the nation under its watch.”

The party said the fact that the presidency resorted to hurling insults, hate language and threats against patriotic Nigerians, including senators, instead of addressing insecurity, shows it has no answer to the problem.

“It is instructive for the Buhari presidency to note that the Senate Minority Leader, Senator Enyinnaya Abaribe, whose voice resonated in the chamber of the Senate, spoke the mind of majority of Nigerians who had become bullied, harassed and despondent in the face of escalated insurgency, bloodletting, killings and other acts of violence that have pervaded our nation.

“Senator Abaribe spoke on behalf of millions of Nigerians who have been killed, orphaned, widowed, maimed, rendered childless and homeless, as well as others who daily live in anguish, pain and fear in the face of worsening insecurity under the failed Buhari administration.”

The PDP advised agents of the presidency to perish any thoughts of victimisation against Abaribe whom, according to the party, rose to the occasion through the constitutionally guaranteed privilege of the parliament to speak on behalf of ordinary Nigerians.

The party recalled: “When President Buhari, in 2013, unjustifiably called for the resignation of then President Goodluck Jonathan, the Jonathan presidency never resorted to insults and threats, even when such a call was completely unfounded, unlike in the present situation where every indicator points to an alarming trajectory towards a failed state.”

In a related development, Ameh Ebute, a former Senate President during the end of the Third Republic, wrote to Senate President Ahmad Lawan, urging him to intensify efforts in combating the insurgency in the northeast.

Part of the letter states: “It is obvious that military solutions alone, as we seem to focus now, cannot quench the fire of terrorism in the northeast. There is every need to also apply political and economic solutions to Boko Haram/ISWAP terrorism. It is a problem, which should be tackled on all fronts simultaneously.

“We cannot dodge the reality that youths in these areas have not felt the impact of government these years. It is the reason for their restlessness and why they are easily lured as willing tools in the hands of the Boko Haram insurgents to engage in mischief and evil against their own country. This is where I find you and your office as the Number Three citizen of Nigeria relevant and sensitive.”

Also, experts have called on the Federal Government to carry out a holistic reform of the nation’s security architecture.

This came up at the Development Discourse organised by Nextier, a public policy consulting firm, in Abuja, yesterday.

Kreck called for a restructuring of the security system. He also said: “Funding state policing from security votes can be an ideal especially from the monthly allocation from the Federal Government. For example, a state in Nigeria spends $264 million on security.”