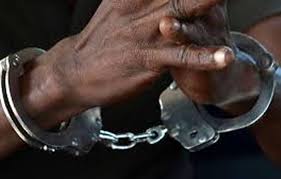 According newsmen, the deceased who hailed from Nkporo, in Ohafia council area, was said to have been taken away from her residence at No. 51 Emeonye Street by the suspect, a 16 year old boy called Paul Ikwecheghi who defiled her.

She was paralyzed after the incident and was receiving medical attention at an undisclosed hospital until she died. However, before her demise, she identified Paul as the culprit ― leading to his arrest by the Police.

A resident of the area said,

“I learnt he consumes tramadol. After the incident, the girl became paralyzed and identified Paul as the culprit. The family took her to the hospital while the Police arrested Paul.

“The little girl wept until she died on Wednesday while receiving medical attention at the hospital. The damage done to her anus was too much. Paul is still with the police and I don’t know if there’s anything going on that case because no one has heard about it.”