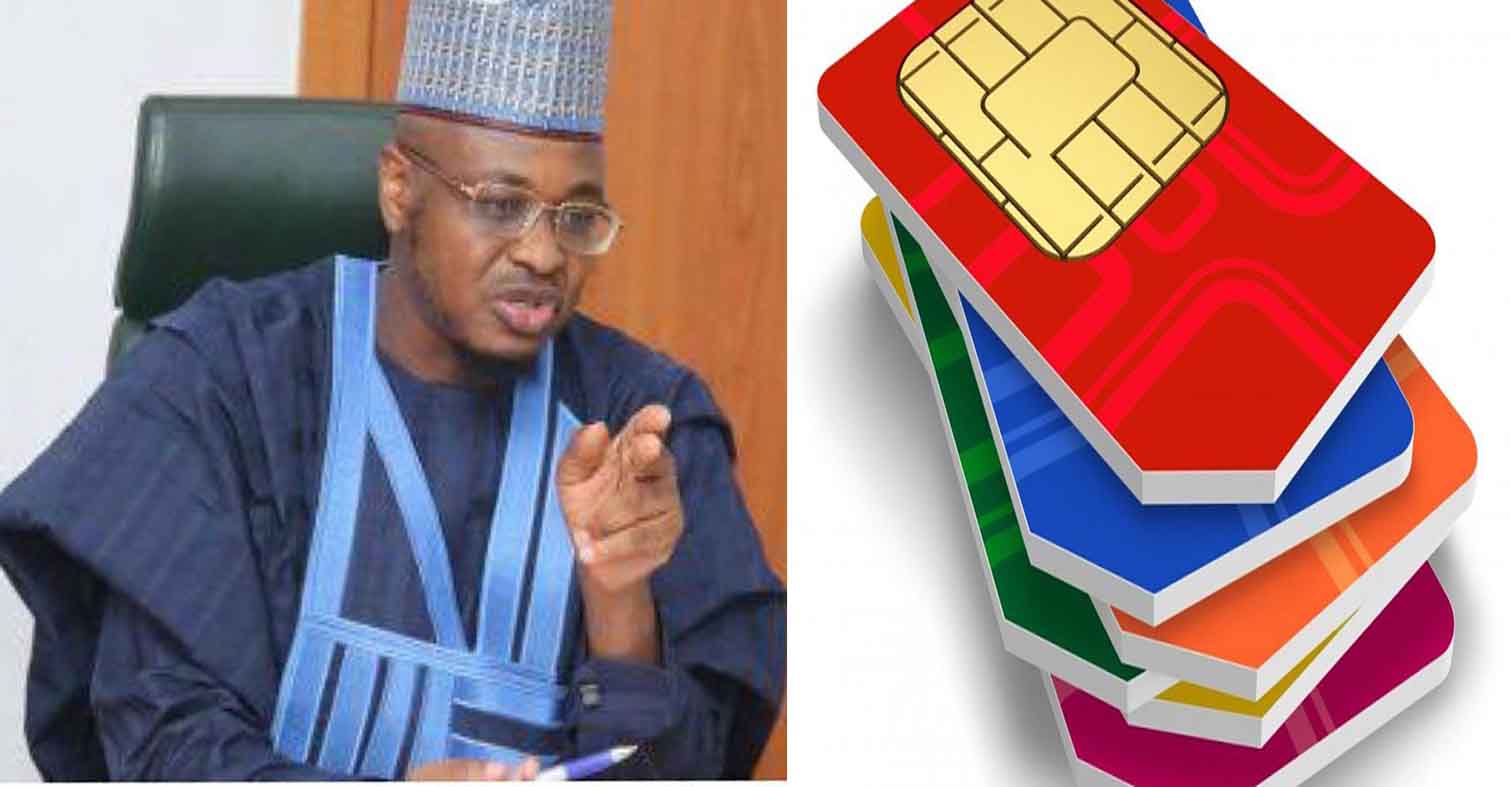 Nigerians may soon find it impossible to have more than three sim cards following a new directive by the Minister of Communications Digital Economy, Isa Ibrahim Pantami.

The Nigerian Communications Commission (NCC) has been directed by the Federal Government to review SIM card registration and usage, in a bid to bar Nigerians from owning more than three mobile telephone lines.

According to reports, telecommunication companies will block unregistered SIMs from functioning on their networks in line with the directive which came in the wake of increased killings and kidnapping for ransom and general insecurity.

The NCC was also directed to ensure that the National Identity Number (NIN) becomes a prerequisite for Nigerians registering new SIM cards, while for foreigners use their passports and visas. Already registered SIM cards are to be updated with the NIN before December 1, 2020.

“The revision of the policy is based on the feedback received from the security agencies, following the successful revalidation of improperly registered SIM cards in September 2019 and the blocking of those that failed to revalidate their SIMs.

“This is in line with the Powers of the minister as stated in Section 25(1) of the Nigerian Communications Act 2003- “the Minister shall, in writing, from time to time notify the Commission or and express his views on the general policy direction of the Federal Government in respect of the communications sector.

“The updated policy is expected to include the following provisions, amongst others:
Ensure that the National Identity Number (NIN) becomes a prerequisite for Nigerians registering new SIM cards (while for foreigners, their passports and visas should be used), while already registered SIM cards are to be updated with National Identity Number (NIN) before 1st December, 2020;

Ensure that only fully-accredited agents support the SIM card registration process without pre-registering SIM cards themselves, while the eventual registration should be done by the operators;

There should be a maximum number of SIM cards that can be tied to a single individual, possibly a maximum of three;

Ensure that no unregistered SIMs are ever allowed on mobile networks;

Ensure that subscribers can easily check the number of SIM cards registered to their name, along with the associated phone numbers and networks;

Ensure that mobile network operators fortify their networks against cyberattacks and ensure that they adhere to the provisions of the Nigeria Data Protection Regulation (NDPR); and
Ensure that SIM cards that have been used to perpetrate crimes are permanently deactivated.

“The NCC is to provide the minister with progress reports on the implementation of the revised policy.”

Commenting on the directive, telecommunication operators said the new measures may not stop criminal activities in the country. The President of the Association of Telecoms Companies of Nigeria (ATCON), Olusola Teniola said the next move by criminals will be to get as many NINs they need to register SIM cards for their nefarious activities.