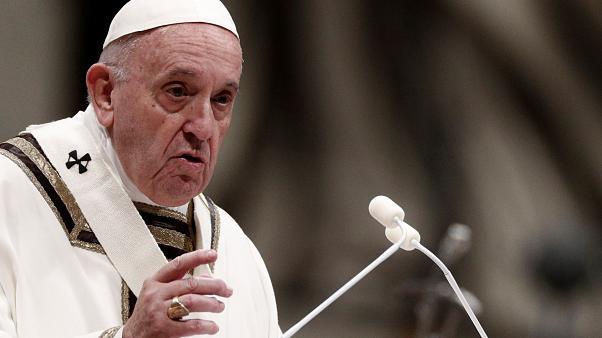 The Vatican on Friday said Pope Francis will on Feb. 12 release a document in response to a proposal to allow married men into the priesthood.

The proposal is strictly limited to the Amazon region.

It was made in October by a summit of bishops, known as a synod, in order to deal with a serious shortage of clergy in the sparsely-populated South American rainforest region.

The idea outrages traditionalists, who fear it could open the way to the complete abolition of the celibacy rule for priests, which is not part of church dogma but has been in place since the Middle Ages.

In a so-called Apostolic Exhortation, the pope is expected to take a decision on the issue.

The Vatican said the document will be called Querida Amazonia, (Dear Amazon).

Francis is also due to weigh on other issues discussed by the Amazon synod, including social justice and climate change, minority rights and the role of women in the church.

A positive decision on married priests could exacerbate tensions between the pope and his conservative critics, who see his papacy as excessively liberal.

A previous bone of contention was Francis’ decision to soften a ban on Holy Communion for remarried divorced people, taken in 2016 following a proposal from another bishops’ summit.