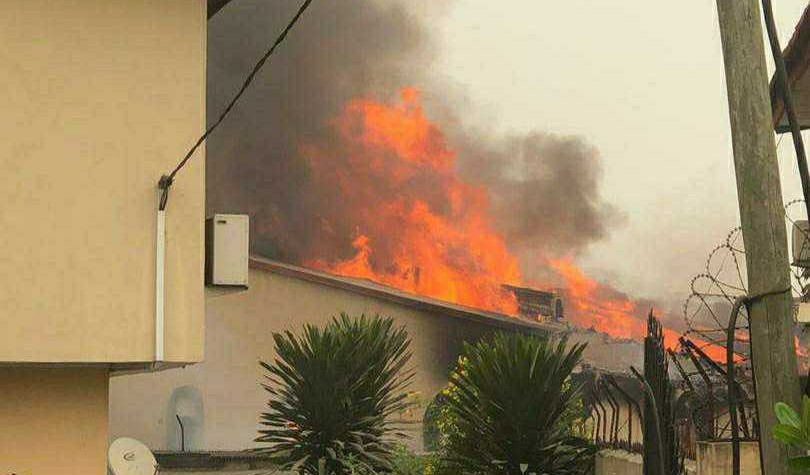 A building at 70 Bashiru Shittu Street in Magodo is on fire, an eyewitness told The Guardian on Wednesday morning.

The eyewitness said the fire started from the backroom of an upstairs of two flats behind the landlord’s duplex.

The building was razed to the ground by the fire which lasted for two hours, with efforts of people around proving futile.

“Goods were flung out as fire raged the lace shop called Iman Textiles and Accessories in front of the building,” the eyewitness said.

The eyewitness said the owner of the house, popularly known as Alhaji in the area, slumped and woke up when the building was on fire. He, however, refused to be taken to the hospital.

Firefighters came after the building has been razed to the ground and tried to put out the rest of the fire.
There are fears that the fire may spread to the building beside it.