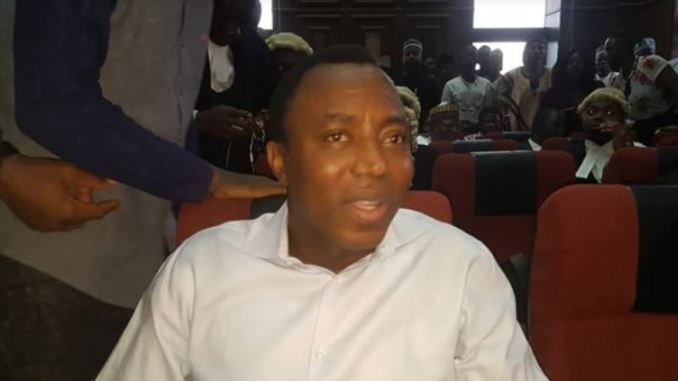 The Abuja Division of the Federal High Court, on Wednesday, awarded a fine of N200, 000 against the Federal Government for relying on a frivolous reason to seek an adjournment of the trial of pro-democracy activist and convener of the RevolutionNow protest, Omoyele Sowore.

Justice Ijeoma Ojukwu further expressed her dissatisfaction with FG for its late filing of an amended charge against Sowore and his co-defendant Olawole Bakare, and service the same on the defendants in the open court on Wednesday.

Though she described request by the prosecution for the matter to be adjourned as frivolous and uncalled for, the court subsequently shifted further proceeding in the case till Thursday.

Nevertheless, Justice Ojukwu warned that she would not take further steps in the case unless FG paid the fine or produce it in court on the next adjourned date.

FG’s lawyer, Mr. Kayode Alilu, had explained to the court that the amendment of the charge was necessitated by the fact that the office of the Attorney General of the Federation took over and reviewed the case-file that was handed to it by the Department of State Service, DSS.