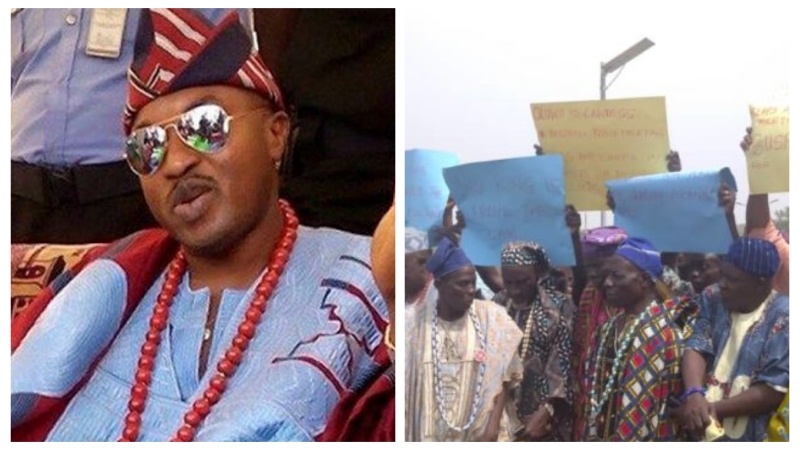 Days after Oluwo of Iwo, Oba Abdulrasheed Adewale Akanbi punched Oba Dhikrulahi Akinropo, Agbowu of Ogbaagba town inflicting injuries on his face, residents of Ayedire, Olaoluwa and Iwo stormed the streets of Osogbo, the capital of Osun state to protest the alleged assault.

Describing the action of Oluwo as barbaric and total disrespectful to the tradition and culture of Yoruba race, all the entire chiefs and some residents in the ancient towns of Ogbaagba, Iwo and Ile-Ogbo stated that they are embarking on the peaceful protest to register their grievances.

There was a mild drama in Osun as the Oluwo of Iwoland, Oba Abdulrasheed Akanbi allegedly punched Agbowu of Ogbaagba, Oba Dikrulahi Akinropo during a peace meeting at the office of the Assistant Inspector General of Police, Zone 11, Osogbo on Friday.

However, the protesters called for the suspension of Oluwo.