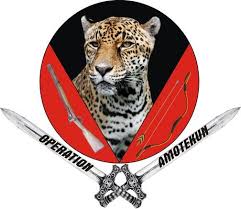 Osun lawmaker representing the good people of Obokun state constituency, Hon. Adeyemi Adewumi Irekandu has disclosed that communities will be safer when members of these communities are allowed to take part in the security framework of the community.

Hon. Adewumi Adeyemi made this disclosure at the floor of the house while reacting on the policy trust on AMOTEKUN Corp bill.

Irekandu who expressed his joy and unwavering support while speaking on the bill stated that his constituency, Obokun has practically experienced in the share of insecurity in the nation.

Irekandu further revealed that the present structure in our nation has not been able to solve the problem of insecurity. Hence, a need for a working structure.

The young lawmaker gave an instance while speaking at the plenary. He cited a kidnapping incident that occured in his constituency last year and how it was foiled through the support of local security.

“We recorded a kidnapping incident which took place in Imesi-Ile, an ancient town in my Constituency last year. The incident was foiled among other things because of the swiftness of the local security who understands their Community, the young lawmaker revealed.

Irekandu declared that If this bill is passed and made a law, he is confident that the bill will help in reducing insecurity and help build effective community policing.