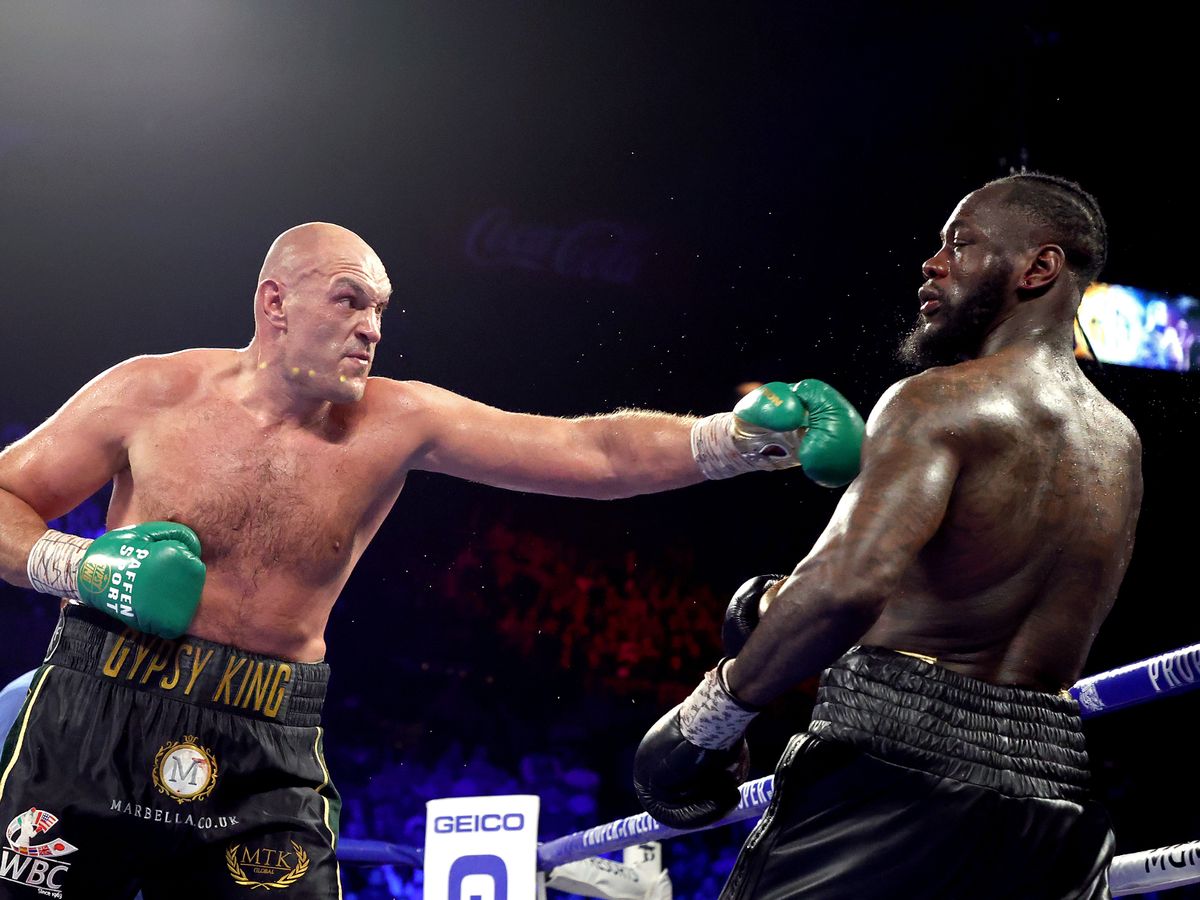 Former WBC champion, Deontay Wilder has broken his silence after he was comprehensively beaten on Sunday by Tyson Fury at the MGM Grand in Las Vegas.

It will be recalled as previously published by Naija News that Wilder had to be rushed to the hospital for treatment following the injuries sustained during the boxing match.

However, speaking after his loss, Wilder has blamed his costume for the shocking loss to Fury.

He narrated that the 45-pound black and red armoured bodysuit with a matching mask and crown which he wore to the ring made his legs weak before the fight.

He told Yahoo: “He didn’t hurt me at all, but the simple fact is that my uniform was way too heavy for me.

“I didn’t have no legs from the beginning of the fight. In the third round, my legs were just shot all the way through.”

The American also confirmed he will be triggering his rematch clause with the fight expected to happen in the summer.

“The rematch is definitely going to happen. We’re going to get it on. I want to get right back to it,” he told The Athletic.