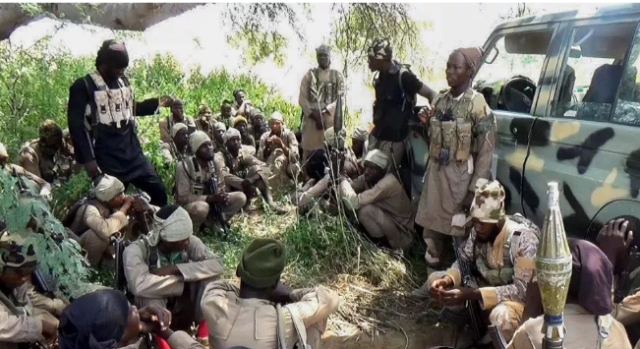 Muhammad Shuwa, the recently appointed Chief Judge of the Boko Haram terrorists has been reportedly killed in an airstrike on the hideout of the group.

Further reports into the situation has it that sustained military onslaught has resulted in a disarray of the Islamic State in West Africa Province (ISWAP) camp amidst further infighting among the insurgents.

It was gathered that the appointment of Amir Abba-Gana as the new factional leader of ISWAP has led to more disagreements within the group.

Sources confirmed on Monday that ISWAP appointed Abba-Gana as the new factional leader for the group following the elimination of Ba’a Idirisa, by the sect group on February 9, 2019.

An intelligence source told PRNigeria of the massive death from explosions of Undetonated Improvised explosive Devices(UIED’s), used to fortify the camps by the insurgents after aerial attacks.

“Two foreign terrorist sponsors were killed during the air raid and ground assault by the Nigerian troops in their camps. During the operations, most of the foreign commanders fled leaving behind few local commanders who move around Tumbun Kibiya, Tumbun Alura, Tumbun Kurna and Kayewa where their fighters relocated to after striking Sabon Tumbun and Tudun Wulgo recently.

“The Tumbus are now virtually left in the hands of local inhabitants who were forcefully recruited or abducted into the sect mostly from Mobbar, Abadan, Guzamalla, Kukawa and Marte Local Government Areas (LGAs) of Borno State, North-East Nigeria.

“The local terrorists fighters were also said to have been forcibly recruited along with some few Budumas who stayed back to hold ground in anticipation for elevation in status which mostly can not operate some of the supporting weapons left by the feeing commanders.

“There is an anticipation of an imminent and massive protest in the ISWAP camps as some fighters started accusing the leadership of misleading them while on the other hand, mothers of the trained child soldiers are also calling on their children to lay down their arms and surrender,” the source said.

Meanwhile, Naija News reports Nigerian Air Force fighter jets have killed some of the Boko Haram fighters that attacked and killed many residents of Garkida community in Adamawa State recently.

The terrorists were killed in an airstrike carried out by Nigerian Air Force fighter jets in Sambisa forest in Borno State.