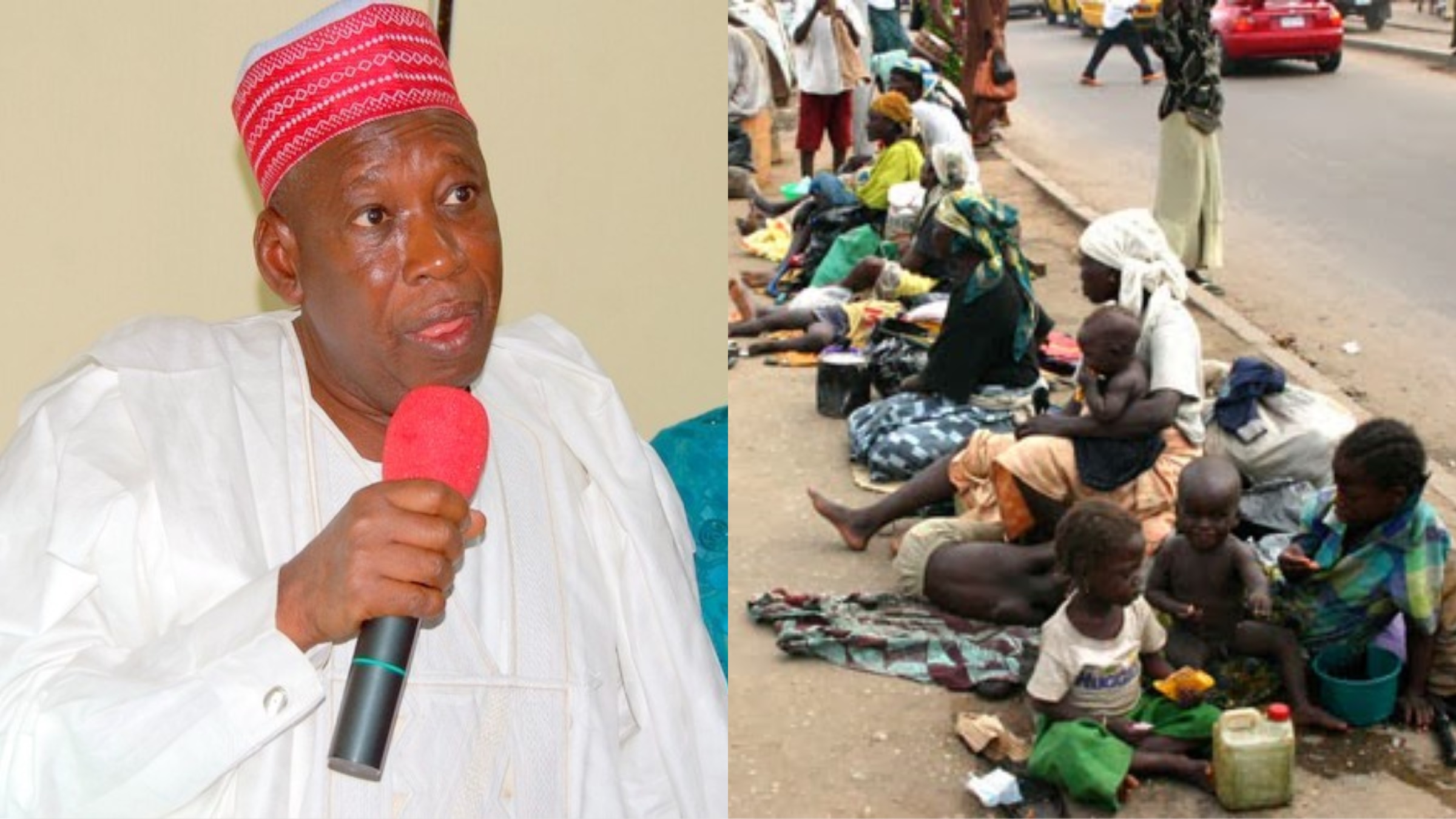 Naija News understands that the governor gave the order during the launch of Basic Education Service Delivery for All (BESDA) and the Distribution of Offer of Appointment to 7,500 volunteer teachers, held at Sani Abacha Stadium, Kofar Mata, on Tuesday.

Ganduje said the decision was meant to integrate the Almajiri system into the policy and address the lingering problem of street begging. He also warned that henceforth, Almajiri teachers must accept the new approach put in place by the state government.

“If almajiri teacher thinks he cannot accept the new policy he has to leave the state,”

The governor further warned that if any Almajiri is caught engaged in street begging, the parent or guardian of such child would be taken to court for disrespecting the law banning the practice.

“This policy of free and compulsory basic and secondary education goes along with the integration of our Almajiri system into the mainstream policy implementation; which suggests that English and Arithmetic must be included in the Almajiri School’s curriculum.

“While they will continue acquiring their study of the Holy Qur’an, they would at the same time, learn English and Arithmetic, which will give them an opportunity to continue with their studies to secondary schools and beyond.

“It is not only that the beggar is caught, his parents and/or guardians. Such parents or guardians would be taken to court for disrespecting our laws,” he insisted.

Minister of Education, Malam Adamu Adamu, represented by a Director in the Ministry, Mrs Liman, commended the state government’s effort, saying that what the state is doing under the new policy is exemplary.