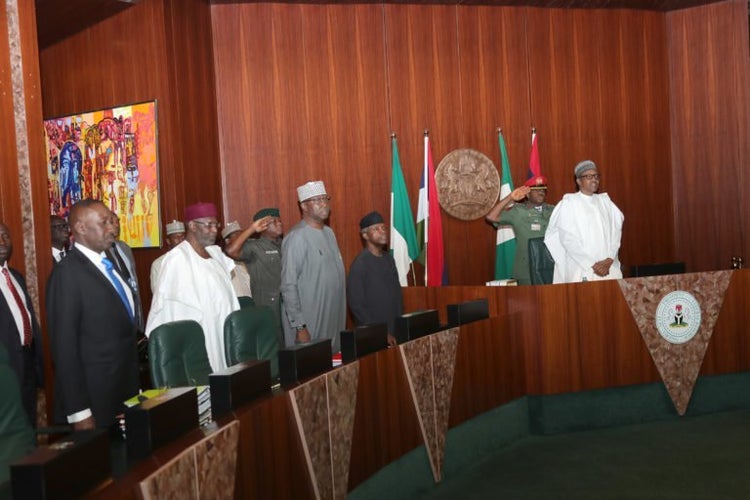 The meeting which was held at the Executive Council Chambers had in attendance Vice President Yemi Osinbajo and other cabinet members.

The Chief of Staff to the President, Mallam Abba Kyari, as well as the National Security Adviser, Major General Babagana Monguno (Retd.), were also present.

Abba Kyari, however, left the meeting at some point to attend to other issues.

Recall that Monguno had accused Buhari’s Chief of Staff of completely sidelining him in the scheme of things when it comes to the strategic decisions in national security operations.

Contrary to protocols, Abba Kyari reportedly convenes and chairs meetings with heads of defence, security and intelligence agencies with their supervising Ministers in attendance.

The office of the NSA also accused Kyari of usurping his powers and rejecting directives from President Muhammad Buhari.

Monguno accused Kyari of authoring two circulars on September 13 and November 26, 2019 respectively, with contents and directives which were at variance with Buhari’s orders.

He accused Kyari of sidelining him in making strategic decisions in national security operations.