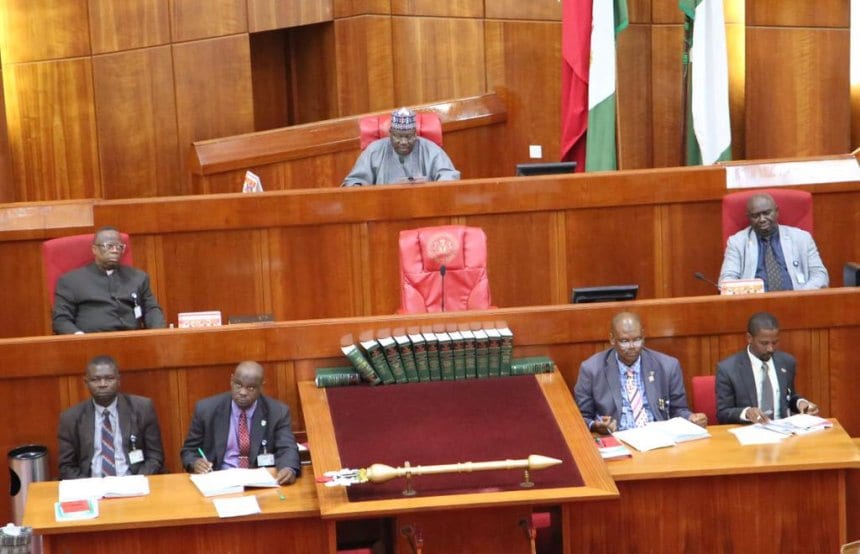 The Senator representing Adamawa Central in the 9th Assembly, Aishatu Ahmed has put forward a motion in the Senate for the setting up of a military base at the Sambisa forest.

Aishatu’s call for the setting up of the Military section was coming after an attack on Garkida in Adamawa State Boko Haram sect.

Recall that Boko Haram fighters on Friday, February 21, invaded Garkida town and killed many people while burning down several houses and property during the attack which reportedly lasted several hours.

The terrorist group also destroyed Churches, public institutions and razed down houses during the attack.

Speaking about the establishment of the Military base, Aishatu disclosed that she received details that three military men were murdered in the previous attack while exchanging fire with the sect. She, therefore, urged the Federal Government to swing into action in fighting the insurgents.

“Urgently assess the extent of damage and provide relief materials immediately to the Garkida community affected,” she said while addressing the National Emergency Management Agency (NEMA).

However, the Senate President, Ahmad Lawan reiterated that the senate would not relent until the country is free of the threat of insurgents.

He said, “The Senate has discussed and debated much about insecurity in the country and we setup an Ad hoc committee under the Senate Leader.

“The committee is working very hard. We are trying to look for solutions to the insecurity bedevilling the country.

“We are not going to rest on our oars until we are able to provide solutions to the insecurity in the country.

“This is the essence of our being in government and of course, it would require that we work with the House of Representatives, the Executive as well as citizens. I believe that citizens need to be taken into confidence in the fight against insecurity.”

“We will not waste any time. As soon as the report is ready, I believe it will be by next week, we will look at it and take valuable resolutions and of course, engage the Executive arm of government.”

Senator Ahmed in her lead debate said the Garkida attack had “religious connotation.”

“I am worried that the Garkida crisis which has led to the destruction of lives and property was planned by the insurgents to have a religious connotation considering that churches and residences of some prominent indigenes were burnt, an act aimed at destroying the foundation of peaceful co-existence among Garkida community and Adamawa State as a whole.”