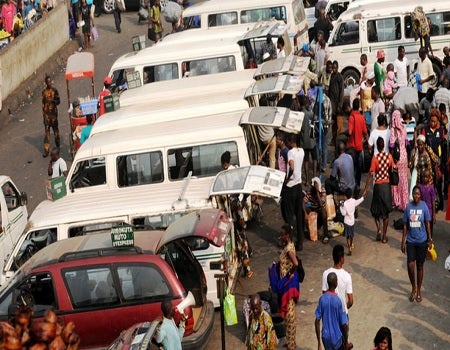 Ekiti Governor, Dr. Kayode Fayemi, on Monday said the state government has put measures in place at the towns sharing boundary with neighboring states to screen passengers travelling into the state in ensuring that the spread of Corona Virus was prevented.

The development is coming at the wake of the confirmation of the first case of the deadly viral Infection called Covid-19 in the country last Thursday.

Fayemi, who spoke on Monday at a press conference at the State House in Ado-Ekiti, constituted a 40-man Taskforce on CODIV-19, which he chaired with representatives from various sectors to provide residual capacity for successful containment of the deadly epidemic.

He pointed out that contact tracing and necessary measures would be put in place in collaboration with leadership of the NURTW to maintain the passenger manifest for fast traceability.

He revealed that the government had reactivated its response and surveillance team for the prevention of the deadly viral infection.

While stating that there had been no reported case of an outbreak in the state, Fayemi called on Ekiti people not to panic as the government has set measures in motion to contain the spread of the viral infection in the state.

He added that all public health facilities and infrastructures across the state has been activated to respond adequuately to the scourge, saying the epidemic surveillance officers had swung into action by moving into rural communities, where extensive sensitization was required.

“As a responsible and responsive government, we are conscious of our obligation to educate our people on the symptoms of Corona virus, what to do when detected, how to live a healthy and hygienic life to prevent contact with the virus, and to allay the fear of the people by providing correct, accurate and timely information to avoid panic since there is no reason for one.

“But in line with the National Center for Disease Control (NCDC) directive, we have designated an isolation center in the state for quarantine or treatment if necessary.

“In Ekiti State, activation of our facilities and infrastructure to manage the infection are in top gear. We have set up 24/7 Emergency Operation Centre to coordinate our response to this public health treat.

“I believe the fight against this scourge requires the active engagement of every stakeholders and residents of our dear state.

“To this end, I have set up a 40-person Ekiti State Task Force on COVID-19 under my direct leadership with representative from all relevant sectors of the state including medical experts, government officials, religious leaders, market women, civil society.

“We will leave no stone unturned to ensure that Ekiti people are prepared to beat the virus and minimize its pact on our economy”, he said.

He, however, appealed to Ekiti residents to make personal hygiene their lifestyle, adding that they should engage in regular hand washing with sanitizer, cover mouth and nose when coughing and sneezing to prevent the spread of the epidemic.