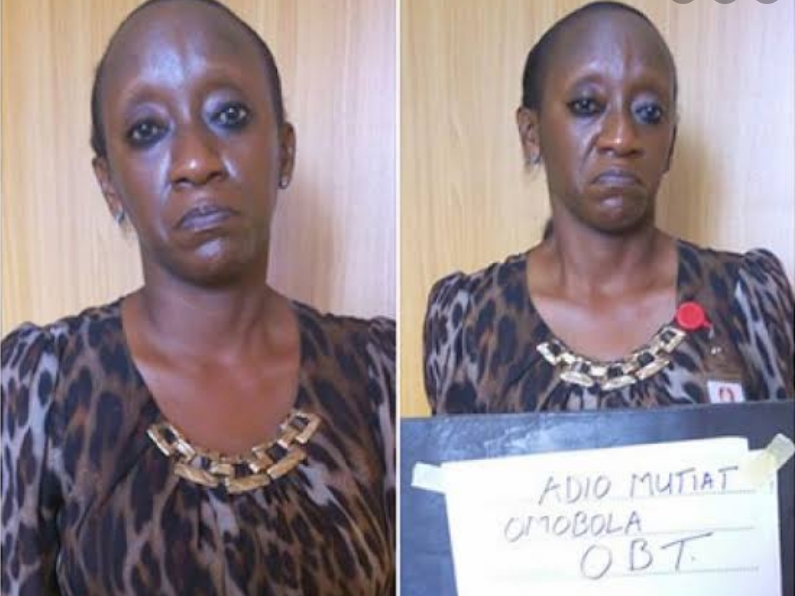 A former deputy chief registrar of the Oyo State High Court, Mutiat Omobola Adio, was on Friday sentenced to five years imprisonment without an option of fine.

Justice Muniru Olagunju of the Oyo State High found her guilty of a one-count charge of stealing in a case preferred against her by the Economic and Financial Crimes Commission (EFCC).

The convict, who was also a Chief Magistrate in the state, was accused of stealing a sum of N22,375,913 from Guaranty Trust Bank Plc, an offence that runs contrary to section 390(11) of criminal Code, Cap.38, Law of Oyo State.

Mrs Adio allegedly abused her office as the secretary of a cooperative society of the Oyo State judicial officers by inflating the total sum approved for loan facilities granted her members by the GTBank, and converting ‘the difference’ to personal use.

She had pleaded not guilty to the offence when she was first arraigned on April 25, 2017, necessitating the commencement of her trial.

During her trail on Friday, the prosecution, led by Ben Ubi, called five witnesses, while the accused counsel called two.

After listening to arguments from the parties, Justice Muniru Olagunju held that the allegation against the convict was overwhelming and the prosecution proved its case beyond reasonable doubt.

Olagunju sheld that it was clear that the convict inflated the loan applied for by the beneficiaries and converted the difference to her personal use.

The judge held that the bank was misled by the convict to package the amount more than what the beneficiaries applied for.

He then sentenced the convict to five years in prison without an option of fine, adding that this would send a strong message to criminals.

The judge also ordered the convict to refund the N22.3 million to GTbank.

This is the second time in less than two years that Mrs Mutiat Adio would earn jail term for fraud-related offences.

On May 18, 2018, Mrs Adio was sentenced to seven years imprisonment for obtaining under false pretence a sum of N9.2 million from Abiodun Olonade, a Nigerian resident in Ireland. The sentence was without an option of fine.