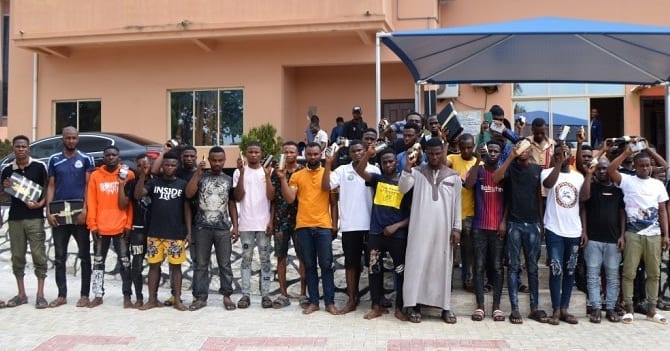 The Economic and Financial Crimes Commission (EFCC), on Friday, said it has arrested 42 persons for alleged involvement in internet-related fraud.

The suspects were arrested in Ilaro area of Ogun State by the Ibadan Zonal Office of the anti-graft agency.

According to the commission, the suspects whose ages range between 18 and 33 years, were apprehended at different locations of the state.

Their arrest follows actionable intelligence earlier received by the commission on their alleged illegal activities.

Items recovered from them include eight exotic cars, mobile phones and laptops.

They will soon be arraigned in court, according to the anti-graft agency.

This is coming barely three days after EFCC arrested 9 suspected Internet fraudsters with coffin that contain fetish materials in Ibadan.