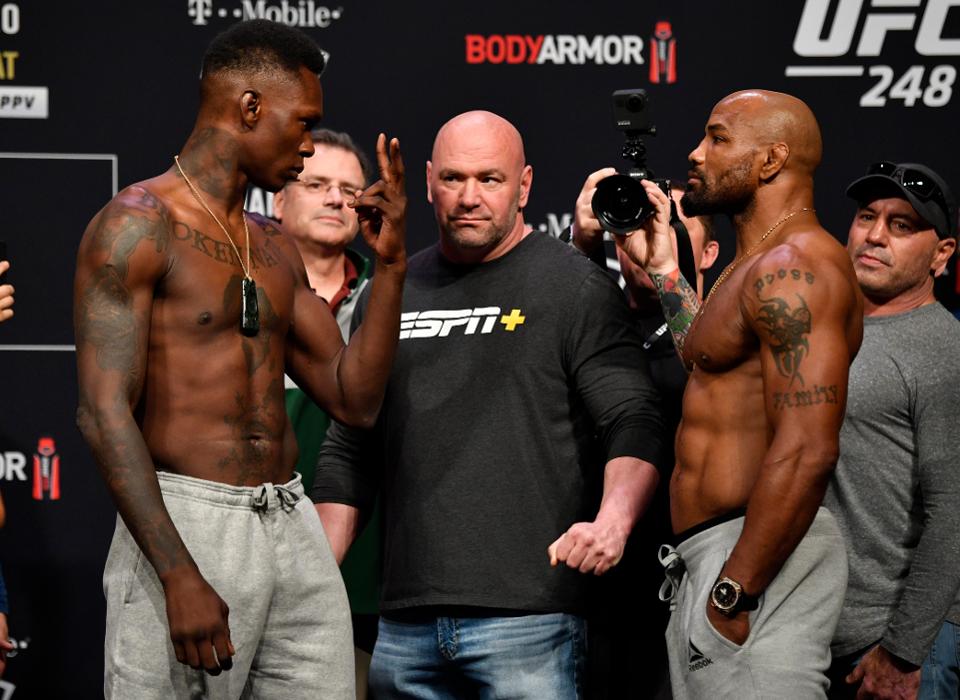 Nigeria’s Israel Adesanyawas the main man in 248 at the T-Mobile Arena in Las Vegas, fighting a dangerous-yet-aging opponent Yoel Romero where he retains UFC Middleweight Championship after beating Romero.

Initially wanted to meet Paulo Costa in the Middleweight fight, Israel wisely looked out for Romero after Costa was unavailable with a bicep injury. Yoel Romero still appears like a monster, but the thing is he has has recently dropped three of his last four fights and it is very not likely that he is the man to dethrone the Nigerian of his Middleweight Championship.

The card is filled with fights that should be entertaining, but lacks the staking power typically on display in UFC’s biggest cards. But the ultimate story will be the takeaway from the Adesanya-Romero main event, and whether the elusive Jones will be called out in the aftermath of an Adesanya victory.

The pace was extremely not fast with little brawl. It felt as though there was just as much action in the post-fight taunting as there was in the actual fight.

It was a very slow start as the UFC fighters felt each other out, and that pace never materialized. Adesanya (19-0) didn’t allowed to be pulled into the cerebral, but however unsuccessful, game plan by Romero (13-5), avoiding the big explosion and assault from Romero.

Romero expressed his frustration following the fight that Adesanya did not do enough to beat him, but he did not engage Adesanya after doing very little for the first two rounds. But Adesanya’s low kicks did damage to Romero’s right leg, factoring into the judges’ scoring in Adesanya’s favor.

After the win, Adesanya taunted Paulo Costa. Jon Jones’ name never came up during the post-fight interview in the Octagon, making Adesanya-Costa the next title fight for the Middleweight Championship.