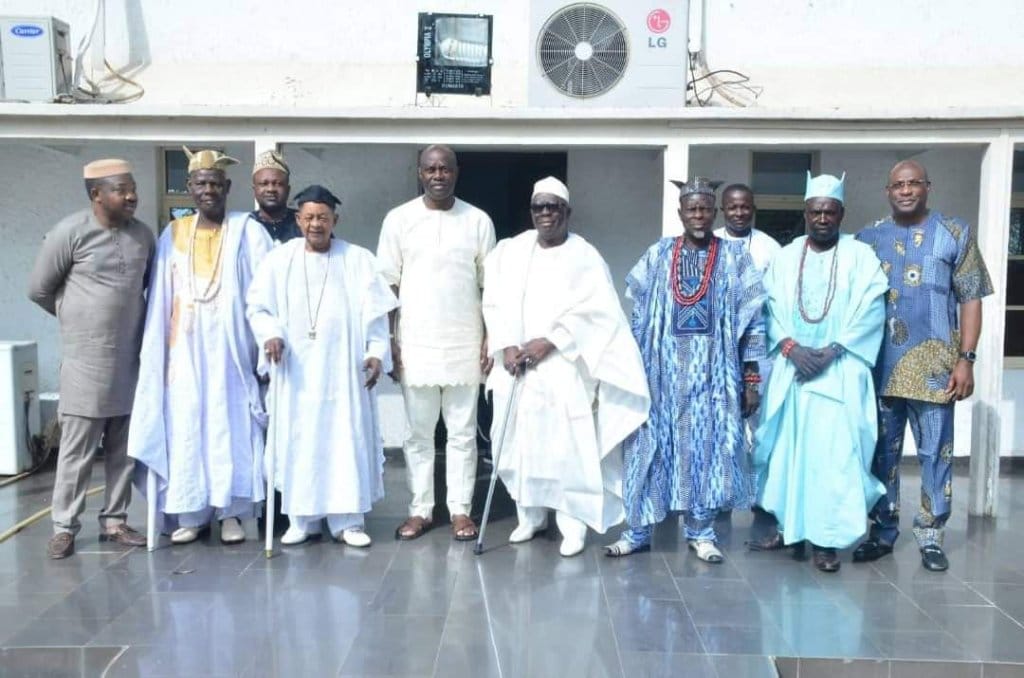 The Governor of Oyo State, Seyi Makinde, on Sunday was visited by the Alaafin of Oyo, Oba Lamidi Adeyemi, III.

This is coming after the Ekiti State Governor, Kayode Fayemi, visited the monarch at his palace.

Recall that the Oyo monarch had earlier warned Fayemi in a letter not to dethrone any king the state, however, one of the monarchs wrote the Governor Makinde calling on him to warn the Alaafin not to dabble into the issues affecting the traditional rulers in Ekiti.

The Alawe of Ilawe Ekiti, Oba Adebanji Ajibade Alabi had written a letter to the Oyo State Governor to caution Alaafin not to dabble into Ekiti State traditional council matters.

The Alaafin who visited Makinde in Ibadan, after Fayemi’s visit which was connected to the monarch crisis had a closed-door meeting with the Governor.

However, the details of their meeting have not been made public.

The monarch was accompanied by some chieftains of Afenifere, a pan Yoruba socio-cultural group among whom were Chief Ayo Adebanjo and Mr Yinka Odumakin.

Others are Bashorun of Oyo, Samu of Oyo and Agbakin of Oyo among others.