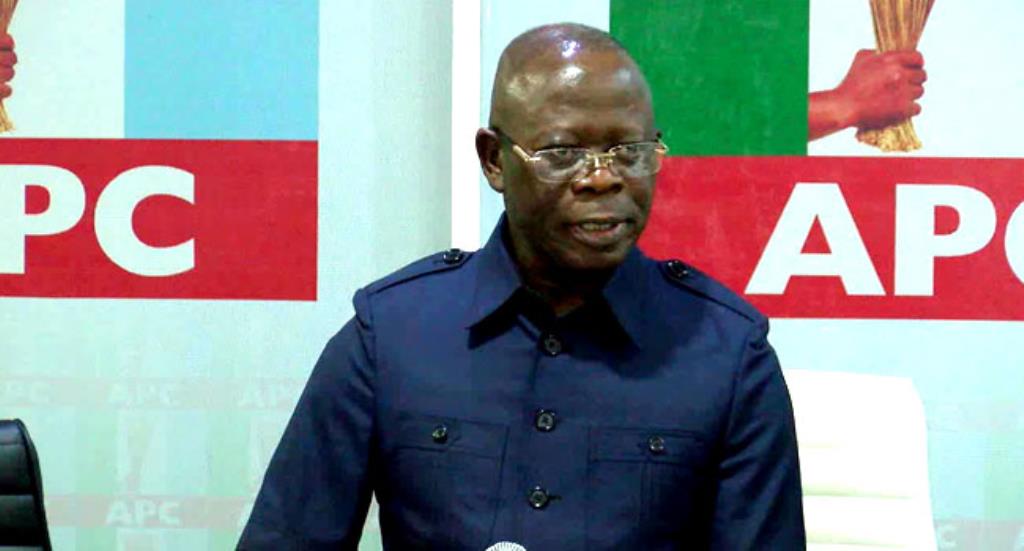 Strategic meetings have been holding ahead of the expected National Executive Council (NEC) meeting of the All Progressives Congress (APC) scheduled for Tuesday.

The NEC meeting is expected among other issues to take a decision on the fate of Adams Oshiomhole as the party’s National Chairman.

However, ahead of the NEC meeting, some political machinery has understandably been set in motion – some against, others in support of Oshiomhole.

Governors who want Adams Oshiomhole to remain in office as the APC National Chairman met in Abuja on Sunday to strategize on how to counter those pushing for his exit.

It was gathered that the pro-Oshiomhole governors met last night at the Kano State Lodge in Abuja.

The meeting is to harmonize positions and strategies to counter the anti-Oshiomhole group at the party’s National Executive Committee (NEC) meeting scheduled to hold tomorrow, a source quoted by The Nation disclosed.

Similarly, some leading members of the APC who also met on Sunday have passed a vote of confidence on Oshiomhole.

It is understood that those present at the interactive session where the vote of confidence was passed include the Minister of State, Budget and National Planning Prince Clem Agba; former Minister of Works Chris Ogiemwonyi; House of Representatives Deputy Leader Peter Akpatason, House member Prof. Julius Ihonvbere and a former member, Abdul Oroh.

Akpatason speaking at the session noted that those trying to remove Oshiomhole from office were enemies of progress who didn’t like the fact that they couldn’t manipulate Oshiomole for their selfish reasons.

“He is a no-nonsense man and so I am not surprised that he has enemies here and there, especially as we have individuals who for their selfish reasons would want to pull down an organization the moment a leader does not do their bidding,” he said.

Meanwhile,  the Appeal Court sitting in Abuja on Monday, 16th March postponed indefinitely the hearing of Oshiomhole’s case challenging his removal from office.