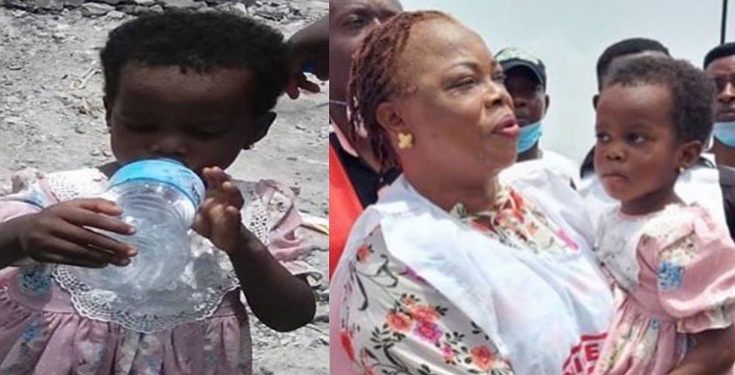 A three-year-old girl identified as Favour has been rescued by emergency officials from the rubble caused by gas explosion which occured at Abule-Ado in Lagos.

This was disclosed by the Chairman of Nigeria Red Cross Society (NRCS), Lagos branch, Adebola Kolawole on Monday.

While explaining how Favour was rescued, Adebola Kolawole disclosed that she was found amidst the rubbles during rescue operations on Sunday night.

She added that Favour’s mother sustained a head injury from the incident and her brother too was injured.

Kolawole explained further that favour’s mother in her semi-coma state gestured to resue officials that Favour was her daughter.

She added that Favour’s mother on Monday morning regained her consciousness and woke up asking for her daughter. “Favour will soon be reunited with her family,” Kolawole added.