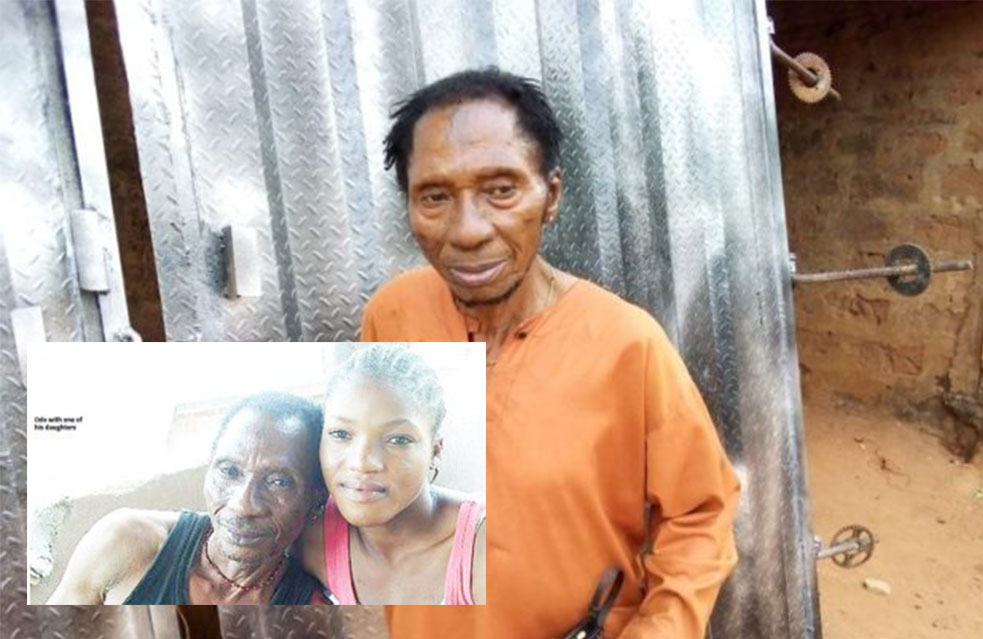 Simon Odo popularly known as Onu uwa, a herbalist has revealed why he decided to marry 58 women.

Simon Odo revealed that most men die untimely due to pressure from bad wives.

Odo who is also known as King of Satan made this revelation while speaking with journalists on Monday in an interview on why he married his 58th wife recently.

He said he could not tolerate insolence and unruly behaviour from the women.

He added that he used to marry a new wife anytime he was let down by the attitude of any of his previous wives.

The herbalist, who hails from Aji in the Igbo-Eze North Local Government Area of Enugu State, stated, “I marry anytime any of my wives insults me. I cannot stand a woman insulting me.

“If there are 20 dead men in Nigeria, for instance, only five of them die naturally. The other 15 deaths are caused by heartbreaks and bad attitudes of their wives. That is why I marry anytime a woman insults me.”

On how he provides for his large family, Odo said God did not make mistakes by giving him many children as He provides for all His creatures.