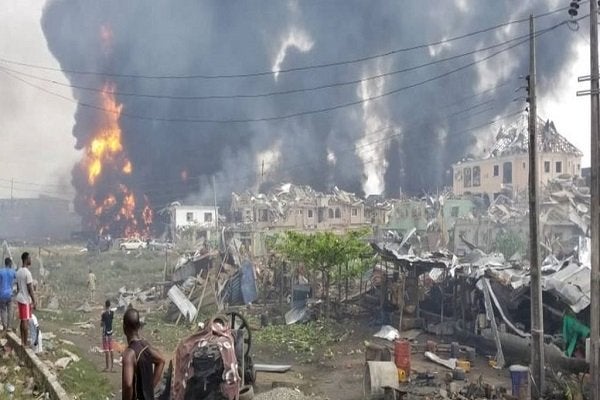 The Catholic Archdiocese’ Education Director Jerome Oduntan has confirmed yesterday that none of the 268 pupils of Bethlehem Girls’ College died in Sunday’s multiple explosions at Abule Ado, a Lagos suburb.

According to him, all the students were rescued and about 50 of them who sustained injuries were admitted at the Nigerian Navy Reference Hospital (NNRH) Ojo.

He noted that out of the 50 students, only three were still on admission at the Lagos State University Teaching Hospital (LASUTH), Golden Cross Hospital, Festac and NNRH.

“None of my students died. They have all been accounted for. Yes, the three bodied recovered on Monday were from the school premises and were workers,” he said.

A memorial will be held on Monday for the school’s headmistress Sister Henrietta Alokha, who died while rescuing the students.

“There is no burial date yet but a memorial for her has been fixed for 11 am on Monday, March 23, at Maryland,” Oduntan said.

Our reporter learnt that the number of those affected in the explosions has surpassed 340.

This is as the state government opened the Igando Relief Camp for displaced persons.

He said: “Julius Berger and CECC have joined efforts in the rescue process while the fire has been extinguished. Damaged pipelines are being repaired by the NNPC teams.

“We urge calm. Residents should keep away from the scene and to refrain from sharing fake news.”