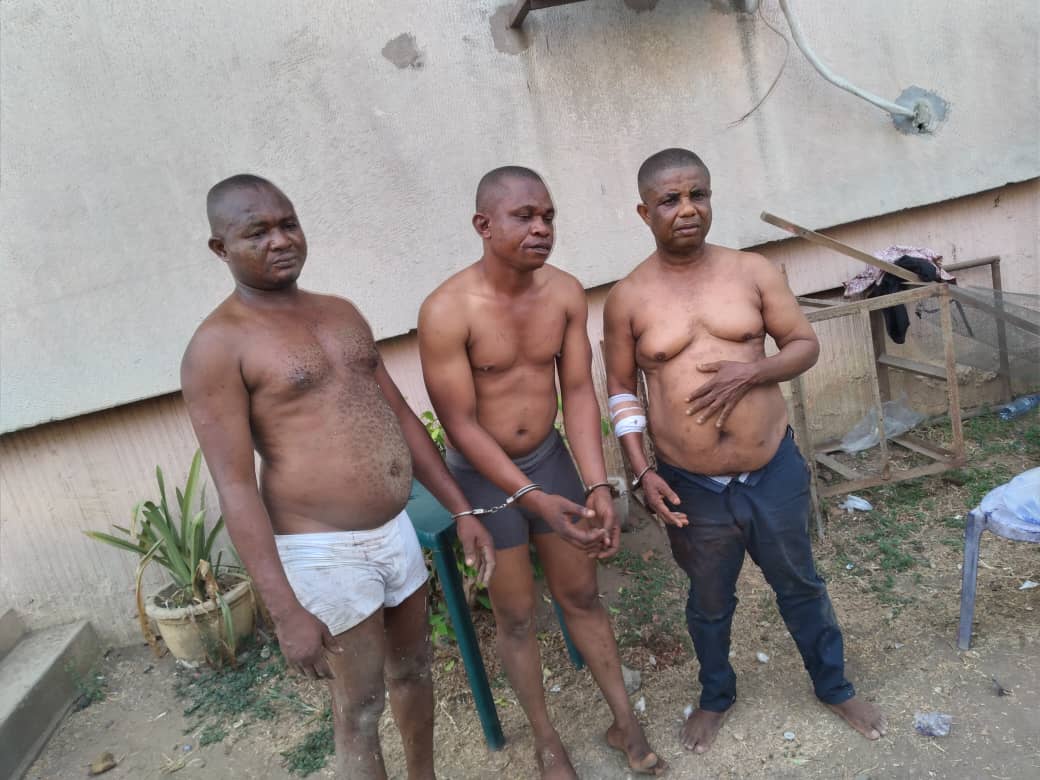 The State Commissioner of Police, Mr Nkereuwem Akpan, while briefing newsmen in Calabar, said operatives of the Anti-Cultism and Kidnapping Squad of the police arrested the suspects.

He said the command had a rapid response mechanism that helps to track down suspected armed robbers easily.

“This morning, a set of 3-man robbery gang were arrested. They specialise in robbing people from banks. By the time you go to the bank, withdraw your money, before you enter your car, they will trail you and rob you.

“This morning, they went to First Bank on Calabar road to rob someone and in the process, the victims raised alarm and with the help of members of the public, they will picked by our operatives.

“It was a good breakthrough. The suspects have confessed to the crime. The community policing of the Inspector General of Police is still working.

“We have picked over 30 suspects in the last few months. When you partner with the public, you will see results and it is working,” he said.

Nkereuwem thanked members of the public who have been giving the police useful information and urged them to do more.

He said that the suspects will be charged to court as soon investigation was completed.

One of the suspects, Ifeanyi Ebama, said he was arrested after breaking the vehicle glass of a victim to steal money.

“I broke the glass of one man to steal money that was wrapped in a nylon. As soon as I carried the nylon, the man shouted and before I knew, we were arrested including two of my friends that were waiting for me inside the car.

“We normally park our vehicle close to the First Bank on Calabar road and monitor customers who come out with large sums of money either in a nylon or big envelopes.

“We have been in the business for three months now. I want to beg the police to forgive us,” he said.

The command recovered from the suspects a Toyota Sienna vehicle and a rod used in opening car doors and breaking the glasses.