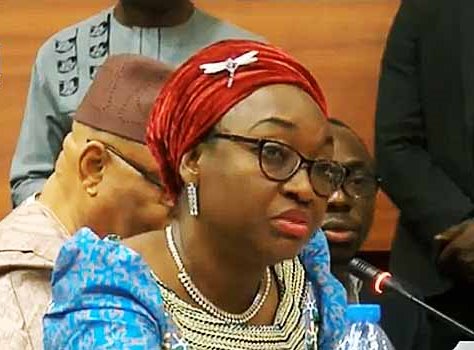 A former Head of Service of the federation, Mrs. Winifred Oyo-Ita was on Monday, granted a N100million bail by the Federal High Court sitting in Abuja.

This follows her arraignment by the Economic and Financial Crimes Commission (EFCC) on an 18-count charge bordering of money laundering, fraud, among others.

Oyo-Ita was arraigned before Justice Taiwo Taiwo along with two of her former aides – Garba Umar and Ubong Okon Effiok as well as six companies.

When the charges were read out to them, they all pleaded not guilty.

In a ruling some moments ago, Justice Taiwo granted Oyo-Ita bail at N100m, while Umar and Effiok got bail at N50m each.

The defendants were also directed by the judge to provide two sureties each, among other conditions.

The judge thereafter released them to their lawyer, with a condition that they must report at the office of the EFCC for the next seven days until they meet the bail conditions.

Should they fail to meet the bail conditions after seven days, they will be remanded in custody, Justice Taiwo ruled.