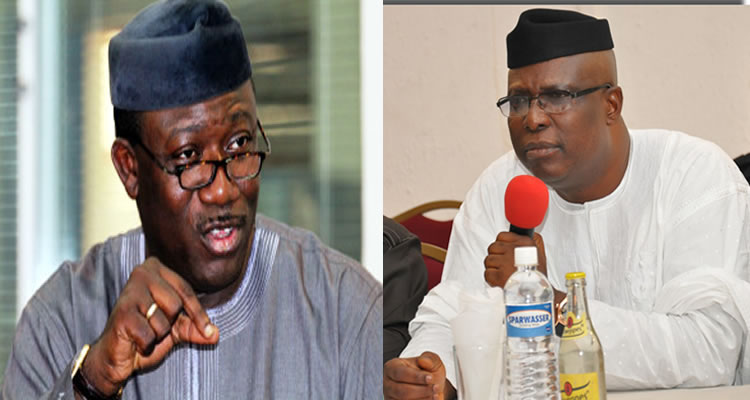 The Special Adviser to President Muhammadu Buhari on Political Matters has been described as an insensitive being.

The Ekiti State Governor, Kayode Fayemi has lashed out at Babafemi Ojudu the Special Adviser to President Muhammadu Buhari on Political Matters over the issue of election in the state.

The issue of party primaries in the state has caused serious disagreement between party members. While some want the primaries cancelled, others have insisted that another one be conducted because the previous was marred by violence.

Fayemi said he was more concerned about protecting people of the state from the scourge of Coronavirus.

He stated that Ojudu should stop being “insensitive” because electorates at risk won’t vote for the All Progressives Congress, APC, in the coming elections in the state.

In the statement, the governor stated: “Our attention has been drawn to a distasteful interview published in the Tribune where Senator Babafemi Ojudu insinuated that the Fayemi Administration had not recorded any achievements especially in the area of industrialization and youth empowerment. It is curious that such would be priority for an aide of Mr President in the midst of this global pandemic that Nigeria is trying to control. Ekiti State, that he claims to be concerned about, has reported a positive case of Coronavirus infection thus it’s residents are at high risk.

“Unlike Senator Ojudu, protecting the lives of Ekiti people is more important to Dr Fayemi at this crucial time than to join issues with Senator Ojudu on his political journey to perdition.

“Dr Fayemi is focused on managing the pandemic which is threatening the peace and tranquility of Ekiti State and may put the lives of the same electorate that Senator Ojudu is worried will not vote for APC, at risk. Only the living vote; so we advise the insensitive senator to get his priorities right and join the state government efforts to defeat this pandemic, instead of being his true selfish self, caring only about electoral victories in the midst of a public health pandemic.”

According to the statement, Fayemi’s administration was very much alive to its responsibilities, adding that details of the government’s actions will be made available to Ogudu at the right time.

“Just in case the Senator and his ilk start to believe his trumped story, we want to assure him that the Fayemi administration is very alive to its responsibilities to Ekiti people and prioritizing the future of Ekiti youth. Details of the many actions taken will be made available to the alarmist Senator at a more appropriate time, since he has chosen selective amnesia or maybe legal blindness in his evaluation of the progress of our dear state.

“A robust Masterplan of holistic development of Ekiti State is a conversation the Fayemi Administration is willing to have with our fault finding kinsman at a more appropriate time, not in the middle of a threat to humanity.

“So Senator Ojudu should keep his gun powder dry. Making Ekiti COVID-19 free is Dr Fayemi’s immediate priority now. We hope the Senator is observing the preventive measures with a sense of responsibility and wish him and his family well in this trying season,” the statement added.