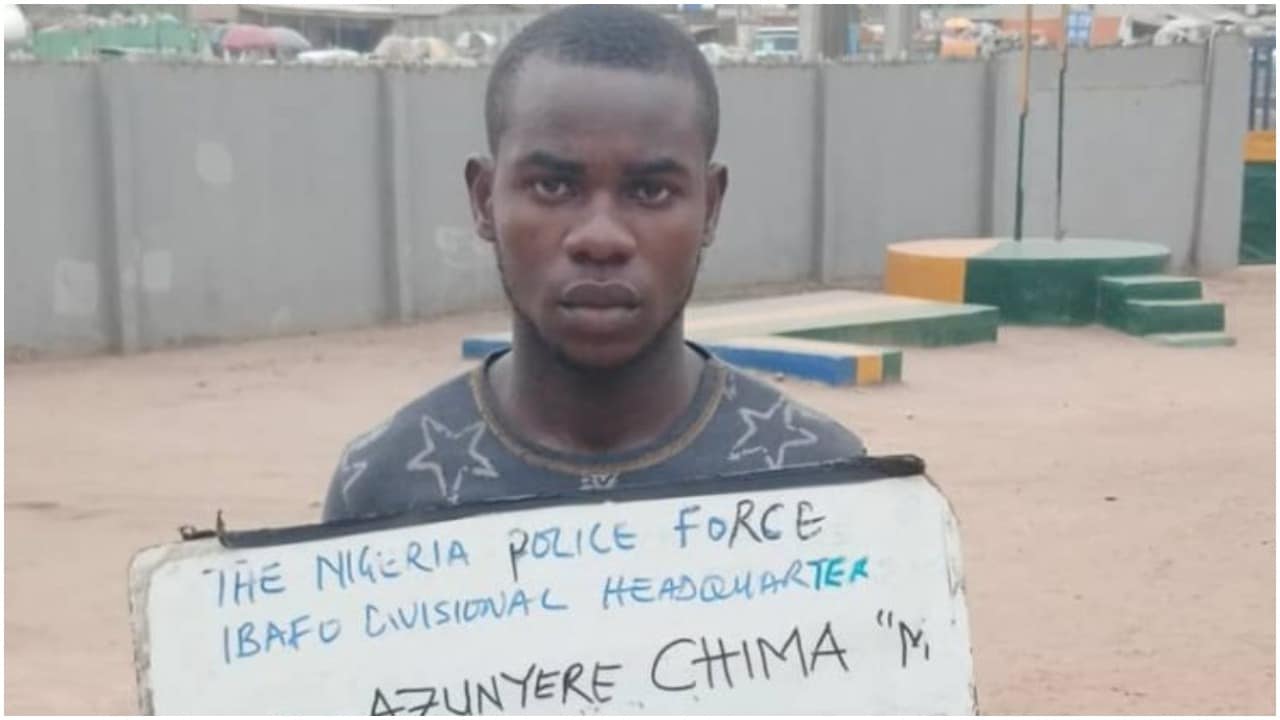 A Secondary School Art Teacher is Ogun State has landed himself in trouble after he allegedly raped his teenage student at his house under claims of helping her with extra-class knowledge.

In a report confirmed to newsmen by Ogun State Police Public Relation Officer, Abimbola Oyeyemi, the school teacher whose name is given as Azunyere Chima is currently in their custody for having carnal knowledge of his 14-year-old female student.

The father of the girl after finding out that his daughter has been assaulted immediately reported the case at the police station on Sunday.

Speaking further about the incident, Abimbola noted said Chima has confessed to the crime he was accused of, blaming the evil act on the devil.

“The father had reported at Ibafo Divisional Headquarters that his daughter was lured to the house of the suspect, who happened to be her Art teacher, under the pretence that he wanted to help her with practical work,” Abimbola re-affirmed.

The Police PRO, however, reports that Chima has been arrested at his residence, 2, Unity Close Aseese, following an order from the DPO of Ibafo Police Station, SP Abiodun Ayinde.

23-year-old Chima had tricked the little girl into his room and had forceful intercourse with her which led to excess bleeding in her private part.

However, reports have it that she has been rushed to the hospital for proper treatment.

This is coming a few hours after that a man in Bomadi, a community in Delta State has blamed himself for the unworthy death of his daughter who was ganged raped and murdered by some unknown gunmen in the early hours of Monday, March 23.

READ  Lady cuts off her boyfriend’s manhood while asleep.. He wakes up to stab her to death, and they both died
Post Views: 112
Share this Post[?]