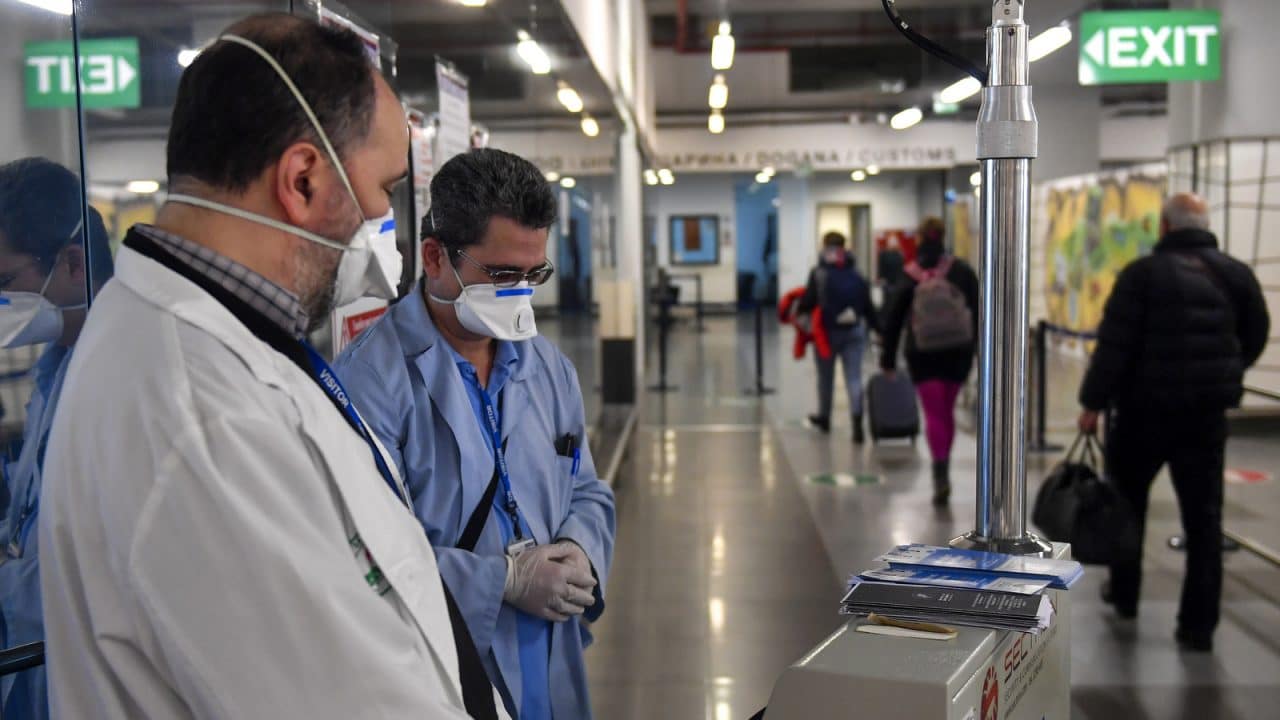 Europe and the U.S. saw coronavirus deaths and infections surge on Wednesday with a total of 420,000 cases worldwide and over 18,900 fatalities.

The Johns Hopkins Coronavirus Resource Center estimated the total numbers as well as revealing that well over 100,000 people are said to have recovered.

The estimates are slightly higher than those from the World Health Organization (WHO). It said on Tuesday that the United States had the “potential” to become the new epicentre of the pandemic, due to a “very large acceleration” in infections.

Spokeswoman Margaret Harris said 85 percent of new cases worldwide in the past 24 hours were from the US — where New York state accounts for at least half the total — and Europe.

President Trump said getting America back to work by Easter on April 12 was “absolutely possible”, in an interview with Fox News — a claim he repeated at a White House news conference. Earlier he tweeted to say “the cure cannot be worse (by far) than the problem”, in an apparent criticism of lockdowns — contradicting the advice of medical experts.

The US announced a historic relief package of $2 trillion early Wednesday to counter the economic effects of the pandemic.

Many countries have continued to report increased cases and fatalities amid the pandemic, with more nations announcing lockdowns.

Among Tuesday’s main developments in Europe:

Italy’s daily death toll rose again after two successive falls, but new infections still appeared to be slowing
France, Spain and the UK were among countries recording their biggest daily rises in fatalities
Britain said a new field hospital would open soon in London
Ireland joined many other European countries in imposing tough restrictions on daily life
Also on Tuesday, the Olympic Games which had been due to begin in Tokyo in late July were postponed.

The International Olympic Committee (IOC) confirmed the games “must be rescheduled”, after discussions between the IOC president Thomas Bach and Japan’s prime minister. Shinzo Abe had proposed postponing the Tokyo Olympic Games by one year.

In the UK, Health Minister Matt Hancock said a new hospital capable of taking 4,000 patients would open next week at a converted conference centre in London.

The temporary hospital – the NHS Nightingale Hospital – is being adapted with the help of the military and health service staff.

The minister said more than 11,000 former health professionals had responded to an appeal for help in treating new patients.

The country announced its biggest daily increase in the number of deaths from coronavirus since the outbreak began.

As of Tuesday morning (March 24), 422 patients who tested positive for COVID-19 had died, the government said in its latest update. On Monday the figure stood at 355.

More than 8,000 people have been confirmed as having been infected in the UK, out of over 90,000 tested.

In the UK, Health Minister Matt Hancock said a new hospital capable of taking 4,000 patients would open next week at a converted conference centre in London.

The temporary hospital – the NHS Nightingale Hospital – is being adapted with the help of the military and health service staff.

The minister said more than 11,000 former health professionals had responded to an appeal for help in treating new patients.

The country announced its biggest daily increase in the number of deaths from coronavirus since the outbreak began.

As of Tuesday morning (March 24), 422 patients who tested positive for COVID-19 had died, the government said in its latest update. On Monday the figure stood at 355.

More than 8,000 people have been confirmed as having been infected in the UK, out of over 90,000 tested.

Europe shuts down as cases soar

In Italy the number of people killed by the coronavirus has gone up again, after two successive days when the figure had fallen.

A total of 743 people were confirmed to have died in the latest daily update given by the health authorities. However, they added that the rate of contagion still seemed to have slowed down.

Italy recorded a smaller day-to-day increase in new coronavirus cases for the second straight day on Monday, while cautioning it was too soon to know if the worst is behind the country with the world’s second-biggest caseload.

The virus has provoked a health care emergency, with Italian hospitals swamped by the sick and doctors and medical staff lacking protective equipment.

Spain announced a record daily increase of 6,584 coronavirus cases on Tuesday, bringing the overall total to just under 40,000.

There were also a record number of deaths there, bringing the death toll to 2,696.

“This is a tough week,” Fernando Simón, the head of the Spanish health emergency coordination center, said at a daily briefing. Simon also said some 5, 400 health workers were infected.

Meanwhile, it was revealed that 11 elderly people have been found dead and abandoned in nursing homes in Spain, which has been linked to the pandemic.

A committee of scientists advising the government in France estimated on Tuesday that the country’s lockdown should last at least six weeks from the moment it started, saying it was “essential to prolong confinement” beyond the two-week period initially announced.

The warning came as health authorities reported the biggest daily rise yet in fatalities.

More than 1,000 deaths from the virus in hospital have been recorded, but France’s health chief Jerome Salomon said this number only represented a low proportion of the overall death toll.

In addition to closing the markets, Philippe said people would only be able to go out near their houses and for one hour, once a day and only for essential trips such as keeping fit, buying food or going to the doctor.

France has started to build field hospitals in its eastern region of Alsace, after hospitals in cities Mulhouse and Colmar were overwhelmed with coronavirus cases earlier this week.

Germany and Switzerland have agreed to allow French patients to be treated in hospitals close to the border in the east of France, which has seen many new cases of coronavirus.

Ireland became one of the latest countries to impose a major shutdown in the country.

Taoiseach Leo Varadkar announced “unprecedented actions” to curb the spread of the virus. Non-essential shops are being closed, along with public venues both indoors and outdoors, hotels, cafes and restaurants.

Social distancing is being strongly encouraged, with people urged to avoid all non-essential visits.

Outside Europe, India announced a 21-day total lockdown in the country of 1.3 billion people to curb the spread of the coronavirus.

It’s the most sweeping effort yet to stop the rapid transmission of COVID-19.

“To save India and every Indian, there will be a total ban on venturing out of your homes,” Prime Minister Narendra Modi said.

There are just over 500 cases of the virus in the country, according to a tally maintained by researchers at Johns Hopkins University.

The day after the British prime minister imposed an unprecedented lockdown, the question of how to enforce became a matter for debate.

Despite the new measures, Tuesday brought many reports that the new rules were being flouted, and London tube trains were crowded.

On Monday evening, Boris Johnson’s announcement ordered residents to stay at home, in the most sweeping restrictions Britain has ever faced in peacetime.

The measures bring the UK more into line with other European countries – including France, Italy, Spain and others – which have suffered badly from COVID-19.

Speaking live on television, the prime minister said people can only leave leave home to go shopping for essential items, to exercise, to seek medical treatment, to help a vulnerable person, or to travel to and from work if working at home is not possible

The UK is also closing all non-essential shops and other public places, and gatherings of more than two people are to be banned, apart from among people from the same household.