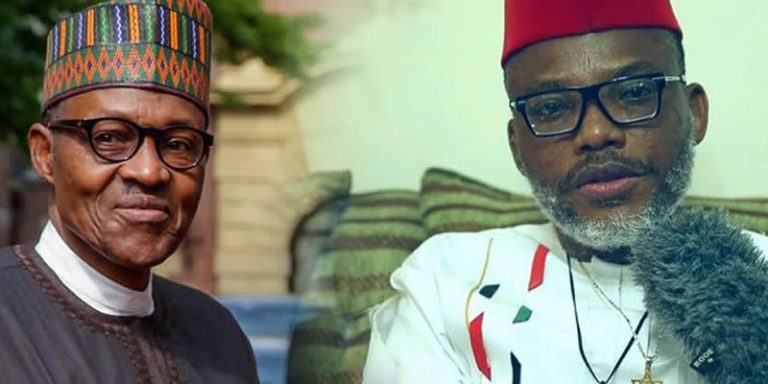 Materials chronicling alleged human rights abuses being carried out against the Igbo-speaking people in Nigeria have been submitted to Agnes Callamard, Special Rapporteur at the United Nations, UN.

The submission was done by the Indigenous People of Biafra, IPOB, through its leader, Mazi Nnamdi Kanu.

He said their goal is to ensure that the human rights violations occurring across Nigeria will be acknowledged and confronted and the perpetrators prosecuted.

Kanu shared the documents in a post on Facebook, saying the religious minorities across Nigeria must be protected by the international community.

The materials submitted on Wednesday were signed by Kanu, as well as IPOB’s U.S. National Coordinator Dr. Clement Okoro, and 22 state coordinators from across the U.S.

The documents submitted to the UN contained 12 incidents in which they claimed Biafrans were subjected to severe human rights abuses, ranging from indiscriminate arrests to mass executions, allegedly carried out by Nigerian military, police and other security forces.

“Most notable amongst these atrocities is the killing by Nigerian military forces 150 Biafrans in May 2016. These innocent civilians were celebrating Biafran Remembrance Day and commemorating the approximately two million Biafrans that lost their lives during the Nigerian Civil War in 1960’s’,” the letter said.

“The number of human rights abuses being committed against minorities and those with dissenting views in Nigeria, including members of the IPOB, over the past five years have increased dramatically both in scale and heinousness,” it added.

The letter also called Special Rapporteur Callamard’s attention to the massacre of Christians by Fulani extremists – “a group that the 2019 Global Terrorism Index estimates is deadlier than Boko Haram.”

“These crimes, committed by state and non-state actors alike, are at best ignored by the Buhari regime and at worst sanctioned by the administration.

“Instances of mass murders and other horrific acts of violence are rarely investigated, and perpetrators are not prosecuted.

“Even where violence has been demonstrated to have been led by state security actors, no mechanism exists to hold those responsible accountable.”