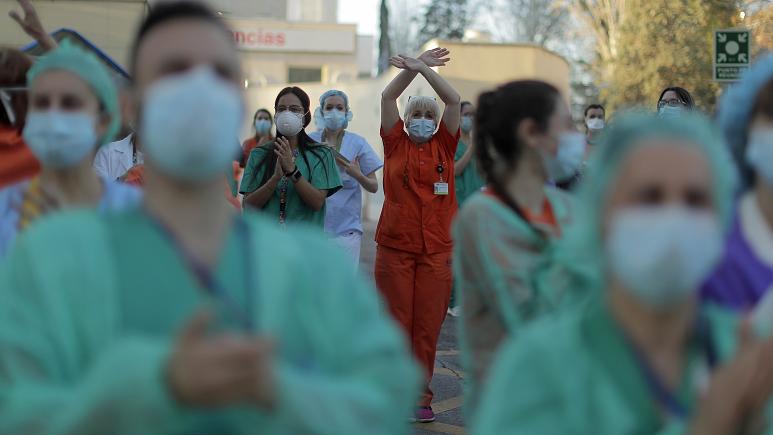 The number of dead in Spain from coronavirus has now risen above 10,000, according to the latest health authority figures published on Thursday.

The total number of deaths stands at 10,003, with a total of 110,238 confirmed cases in Europe’s worst affected nation after Italy.

However, the infection rate appeared to ease. Health authorities say contagion in Spain has dropped from a daily average of 20% until March 25 to less than 12% after that date, more than 10 days after Spaniards were ordered to stay home.

But the government has acknowledged that the real number of infections could be much higher due to limited testing.

The figures also show that more people are recovering. The total now stands at 26,743 in Spain — up from 22,647 the previous day. That number represents more than 20% of the overall number of cases.

The number of worldwide cases rose above 900,000 on Wednesday, the World Health Organisation (WHO) said. The United Nations has warned that the world faces its worst crisis since the Second World War.

Our journalists are working on this story and will update it as soon as more information becomes available.